A team of scientists from the Tohoku University in Japan found the mineral called Moganite in a lunar meteorite discovered in a desert in northwest Africa. 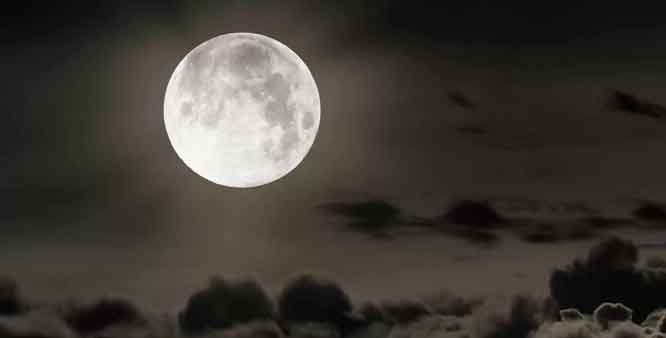 Scientists have found a mineral in a lunar rock that indicates the presence of hidden reserves of water ice under the surface of the Moon, which could be useful for future human exploration.

A team of scientists from the Tohoku University in Japan found the mineral called Moganite in a lunar meteorite discovered in a desert in northwest Africa.

Moganite is a crystal of silicon dioxide and is known to form on Earth in specific circumstances from alkaline fluids. It has never been detected before in samples of lunar rock. In a moganite, there is less water, because moganite forms from the evaporation of water.

• The Moganite mineral is formed in Procellarum Terrane of the Moon with the evaporation of water originally present in lunar dirt due to exposure to strong sunlight.

• In the subsurface of the Moon, much water remains as ice, because it's protected from the sunlight.

• The researchers estimate that the water content in the lunar soil under the surface could be up to 0.6 percent, and if it goes right, future Moon exploreres could theoretically extract about 1.6 gallons of water per 36 cubic feet of lunar rock, which is enough for future astronauts to live on the Moon.

Why this study is different?

Various scientists have already pointed out to the presence of water on Moon with the help of various missions. For example, NASA's Lunar Crater Observation and Sensing Satellite detected a shadowed crater near the Moon's South Pole. On the other hand, India's Chandrayaan-1 Mission recorded the evidence of water above the Moon's surface.