Nandan Nilekani appointed as Chairman of Infosys Board

Nilekani's appointment came amid high-level exits from the company as CEO Vishal Sikka, Chairman of the board R Seshasayee and Co-Chair Ravi Venkatesan resigned from the Infosys. 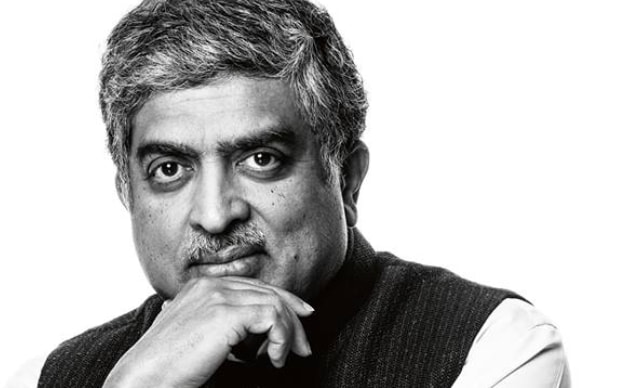 Nandan Nilekani was on 24 August 2017 appointed as the Non-Executive Chairman of Infosys Board, returning to the company ten years after he stepped down as its Chief Executive Officer.

The decision in this regard was taken at the meeting of the Board of Directors of Infosys. Meanwhile, UB Pravin Rao will continue to serve as the interim CEO and MD at Infosys.

Nilekani's appointment came amid high-level exits from the company as CEO Vishal Sikka, Chairman of the board R Seshasayee and Co-Chair Ravi Venkatesan resigned from the Infosys board. Moreover, Directors Jeffery S Lehman and John Etchemendy also resigned with immediate effect.

The reconstituted board also signed a separation and mutual release agreement with Vishal Sikka, which includes a Non-Disparagement Obligation that bonds him not to defame the company as well as defend the company against any disparaging remarks made by a third party during his tenure.

The board has been tangled in a dispute for months as the company’s founders, led by former chairman Narayana Murthy, have accused the Directors of lapse in governance.

About Nandan Nilekani
• Nilenaki co-founded the company with six years around 36 years ago.
• While working at Patni Computer Systems, Nilenaki met NR Narayana Murthy in 1978.
• In 1981, Murthy, Nilekani and five others left Patni to found Infosys, which later rose to become a tech-giant.
• Nilekani was the second CEO of the company after Narayana Murthy, assuming the role in 2002 which he served till 2007, after which,  Kris Gopalakrishnan assumed the top role.
• He had resigned from Infosys in 2009 and joined former PM Manmohan Singh led UPA government.
• He was later appointed as the Chairman of the Unique Identification Authority of India (UIDAI) and became the architect of the Aadhaar.