NSA: Delhi Police gets power to detain for 3 Months under National Security Act

The National Security Act, NSA allows for the preventive detention of an individual or individuals who are seen as threat to the national security or harm law and order. 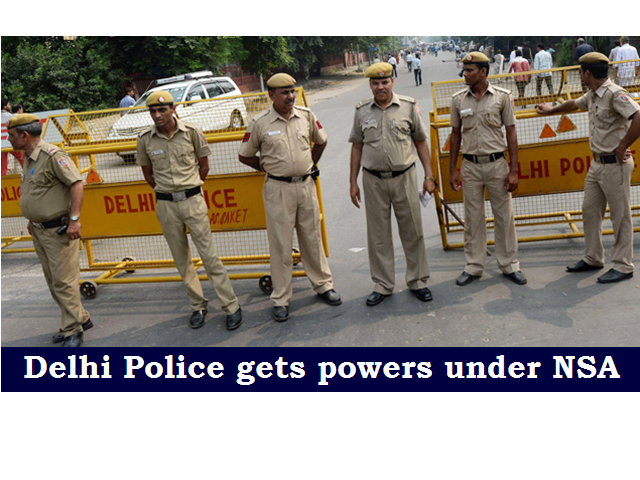 The National Security Act, NSA allows for the preventive detention of an individual or individuals who are seen as threat to the national security or harm law and order. The person detained under the act is not charged by the Police.

Delhi Police detention authority comes amid rising protests in Delhi against the controversial Citizenship Amendment Act (CAA) as well as the National Register of Citizens (NRC).

However, one of the Delhi Police officials mentioned that such an order is a routine one and is issued in every quarter. Such order has nothing to do with the current situation of the National Capital.

The sub-section (3) of section 3 of National Security Act, 1980 with clause (c) of Section 2 of the Act confers power upon the Lt Governor to grant detaining authority powers to the office of Delhi Police Commissioner.

What is National Security Act?

The National Security Act was promulgated on September 23, 1980 during the days of Indira Gandhi Government to provide preventive detention of a person if authorities are convinced that he or she hampers the law and order of the state or country. The Act applies to the whole country, except Jammu and Kashmir.

Under the NSA, a person can be detained for up to 12 months without a charge. The state government needs to intimate that person that he or she has been detained under the said Act.

The detained individual can file an appeal before the High Court Advisory Board; however, he or she cannot hire a lawyer during the trials.