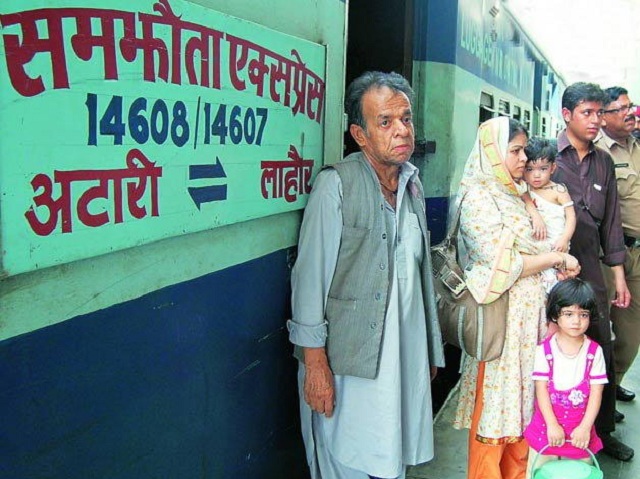 Samjhauta Express: Indian Railways cancelled the Samjhauta Express services from its end on August 11, 2019. The announcement came a few days after Pakistan permanently suspended its services.

Pakistan's Railways Minister Sheikh Rashid Ahmed had announced on August 8 that Pakistan has permanently stopped the Samjhauta Express train services that linked India and Pakistan. The Railways Minister announced that those who had already bought the tickets to the train can get their money back from the DS office in Lahore. He also announced that the train's bogies will now be used for passengers travelling on the occasion of Eid.

The Indian Railways used to run the Samjhauta Express on Sundays from Delhi to Attari and back and Pakistan used to run it between Attari and Lahore. Passengers travelling across the border had to change trains at Attari. 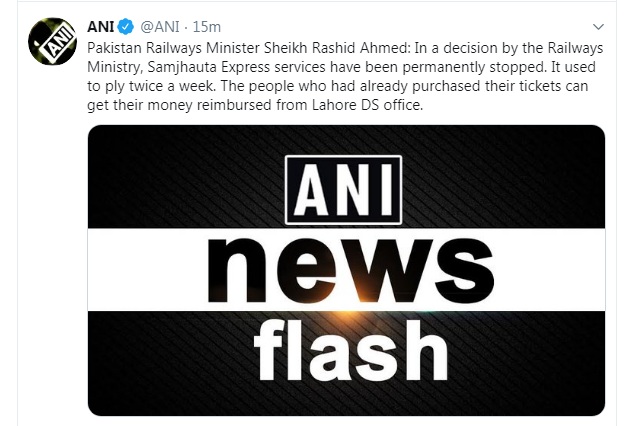 The sudden suspension had left the Samjhauta Express stranded at Wagah.  The train was scheduled to reach India today but Pakistan refused to send its crew and driver to India, citing security threats and asked India to send its own staff to take the train further. India then sent its own staff and engine to bring the train from Wagah to Attari

Deepak Kumar, CPRO, Northern Railways confirmed that Pakistan had raised security issues concerning the train's driver and crew but India has assured them that the situation is normal this side.

The Indian Railways site displayed the services of Samjhauta Express as cancelled.

Samjhauta Express is a bi-weekly train, which linked Attari in India to Lahore in Pakistan. The train used to run two days a week- Monday and Thursday.

Initially, when the train services had begun in 1976 following the Shimla Agreement, it was a daily train but it was changed to bi-weekly in 1994.

Earlier the train ran between Lahore and Amritsar, covering a distance of about 52 km but in late 80s, Indian Railways decided to limit the service till Attari border. In an agreement between the Indian Railways and the Pakistan Railways in 2000, the distance covered by the train was reduced to just under three km.

The train entered Pakistan through the Wagah border and India through Attari. The passengers could change from Attari and take a connecting train to reach Delhi.

The Samjhauta Express train services were suspended for the first time in January 2002 after the terrorist attack on the Indian Parliament in December 2001. The suspension was lifted in January 2004.

The services of the Samjhauta Express was again discontinued as a preventive measure in December 2007 following the assassination of Benazir Bhutto on December 27.

The Samjhauta Express train services were suspended yet again in February 2019, following the increased tensions between India and Pakistan after the Pulwama attack and the Balakot strike. The services were renewed later.