Prime Minister Narendra Modi announced that the Rohtang Tunnel connecting Manali to Leh will now be known as Atal Tunnel. 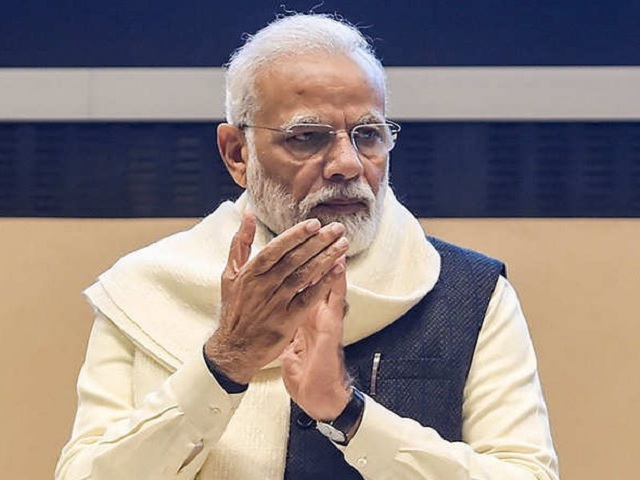 The central government has renamed Rohtang Pass as 'Atal Tunnel' recently. This tunnel connects Leh and Manali regions. It was announced on the occasion of 95th birth anniversary of former Prime Minister Atal Bihari Vajpayee.

About four thousand crore rupees will be spent on its construction. The construction cost of the tunnel was estimated to be around Rs 1400 crore in the initial phase. The construction of the Tunnel delayed about five years due to the leakage of water from Seri River situated right above the tunnel. 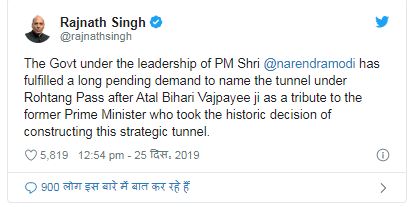 It was decided on June 03, 2000, that a strategically important tunnel to be constructed under the Rohtang Pass. It was decided during the tenure of former Prime Minister Atal Bihari Vajpayee. The foundation stone of the road connecting the southern part of the tunnel was laid on 26 May 2002. Road construction on both ends of the tunnel was completed on 15 October 2017.