PT Usha has been conferred with the prestigious IAAF Veteran Pin Award at the 52nd IAAF conference in Doha. 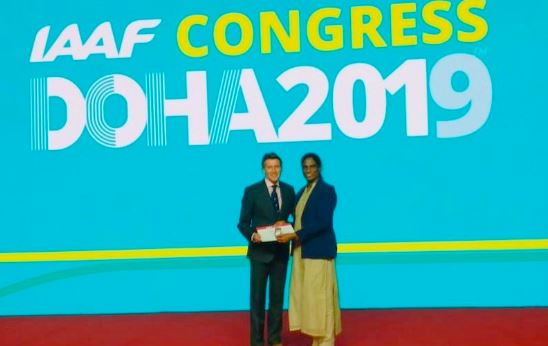 PT Usha, India's former athlete and Olympian, has been awarded the prestigious International International Association of Athletics Federation (IAAF) Veteran Pin Award. PT Usha shared this information with a picture on Twitter recently. She tweeted and thanked the IAAF. Also, she talked about the requirement to promote athletics in the country.

PT Usha Tweeted, "Expressing my deep gratitude towards IAAF and President Sebastian Coe for awarding me the Veteran Pin at the 52nd IAAF conference in Doha. I look forward to continuing contributing to the growth of athletics in our country!" 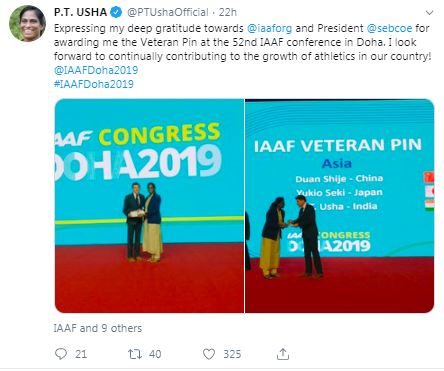 PT Usha was honoured with this prestigious award during the 52nd Congress of the IAAF held in Qatar on 24 September. She is famous for her stellar performance in the 1984 Los Angeles Olympics. She reached the final of the 400 m hurdles at the Los Angeles Olympics in 1984 but missed the bronze medal by a hundredth of a second.