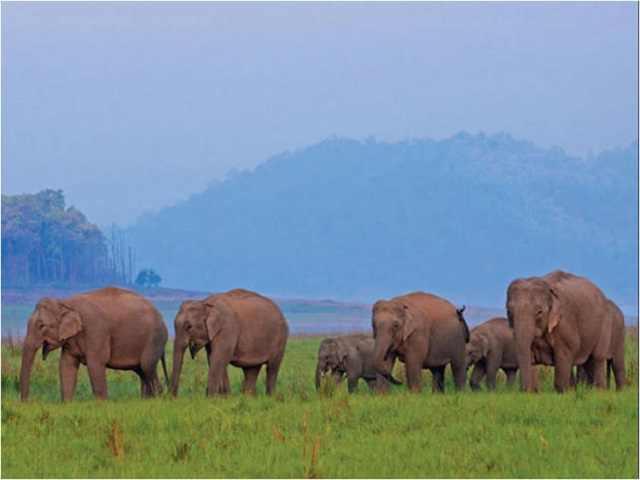 Raimona forest reserve in western Assam's Kokrajhar district was notified as Assam's sixth national park on the occasion of the World Environment Day on June 5, 2021.

A landmark step in environment restoration by Govt of Assam.

On #WorldEnvironmentDay, a reserve forest in BTR has been declared as Raimona National Park. The newly declared National Park will be another addition to the State's endeavour in preserving its rich flora and fauna. pic.twitter.com/v4gjiGu8fl

The Assam CM also stated that work is underway to give national park status to Dehing Patkai Wildlife Sanctuary. The State Environment and Forest Minister Parimal Suklabaidya said that the upgrading of Dehing Patkai has been a much-awaited aspiration for the conservation of rainforest and elephant habitats.

Raimona National Park: Know all about it!

• Raimona National Park is located in the Kokrajhar district in Western Assam, along West Bengal and Bhutan.

• It is located within the Bodoland Territorial Region and its area includes the northern part of the notified Ripu Reserve Forest (508.62 sq. km).

• The Raimona national park is a vital part of the 2,837 sq km stretch of Manas National Park  and the Chirang-Ripu Elephant Reserve. The national park roughly covers an area of 422 sqkm.

•According to forest officials, the national park is in close proximity to the forested areas of Phipsoo Wildlife Sanctuary and Jigme Singye Wangchuk National Park in Bhutan, creating a transboundary conservation landscape of more than 2,400 sq km.

The officials said that such protected transboundary ecological settings will ensure long-standing conservation of wild and endangered species such as the golden langur which is the mascot of Bodoland Territorial Council and the Bengal tiger, Asian elephant and a diverse flora and fauna.

Assam had five national parks before notifying Raimona as the sixth and they include:

1. Kaziranga National Park: It is located in Golaghat, Karbi Anglong and Nagaon districts of the state of Assam.

3. Nameri National Park: It is located in the foothills of the eastern Himalayas in the Sonitpur District of Assam, India, about 35 km from Tezpur.

4. Orang National Park: It is located on the northern bank of the Brahmaputra River in the Darrang and Sonitpur districts of Assam.

5. Dibru-Saikhowa National Park: It is located in Dibrugarh and Tinsukia districts of Assam.