In March 2017, he was appointed as Acting Chief Justice of High Court of Jammu & Kashmir after the retirement of Justice Badar Durrez Ahmed. 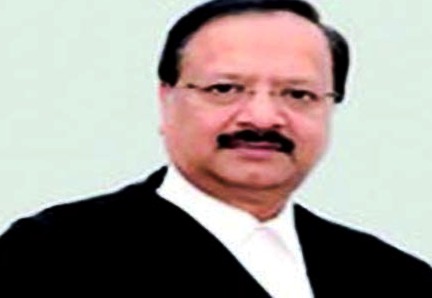 Justice Ramalingam Sudhakar was on May 18, 2018 sworn-in as the Chief Justice of Manipur High Court.
Justice Sudhakar was administered the oath of office by Governor Jagdish Mukhi at the Raj Bhawan in Imphal.

Prior to this appointment, Justice Sudhakar was serving as the Acting Chief Justice of Jammu and Kashmir High Court, a position that will now be taken over by Justice Alok Aradhe.

• Sudhakar was enrolled as an Advocate in the year 1983 and started his practice as an associate of the Legal Luminary and Senior Advocate Habibullah Badsha, former Advocate General of Tamil Nadu and Public Prosecutor of Madras High Court.

• Justice Sudhakar has practiced in all branches of law and is specialised in the field of customs, central excise and sales tax law.

• Justice Ramalingam Sudhakar, was appointed as a Judge of the Madras High Court in 2005.

• In 2016, he was appointed as a Judge of the High Court of Jammu and Kashmir.

• In March 2017, he was appointed as Acting Chief Justice of High Court of Jammu & Kashmir after the retirement of Justice Badar Durrez Ahmed.