The nation observed Rashtriya Ekta Diwas on 31 October 2017. The day is celebrated annually to commemorate the birth anniversary of Sardar Vallabhbhai Patel who has played a huge role in unifying the country. 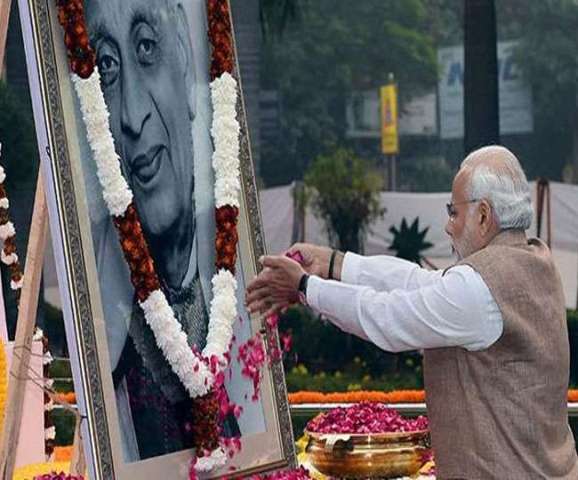 The nation observed Rashtriya Ekta Diwas on 31 October 2017. The day is celebrated annually to commemorate the birth anniversary of Sardar Vallabhbhai Patel who has played a huge role in unifying the country.

The Prime Minister also flagged off the ‘Run For Unity’ from Major Dhyan Chand National Stadium, New Delhi. ‘Run for Unity’ is organised to celebrate Sardar’s extraordinary vision and strategic astuteness. In 2013 he also laid the foundation of Statue of Unity as a tribute to the visionary leader.

• Popularly known as the Iron Man, Patel was a lawyer by profession. He was called Sardar which means Chief or leader.

• In 1946, during Congress elections thirteen out of sixteen states chose Sardar Patel as their president, who was the more popular candidate for the first Prime Minister of independent India than Jawaharlal Nehru. However, upon Mahatma Gandhi’s behest he stepped down as a candidate and endorsed Jawaharlal Nehru instead.

• He is acknowledged for the political integration of over 500 princely states into the independent Indian Union.

• The Iron Man of India did not allow the country to divide into princely states and the ‘National Unity Day’ or Rashtriya Ekta Diwas commemorates Sardar Patel every year on 31 October.

• In a tribute to the Iron Man of India, a 182 meter tall statue is under construction at the Sadhu-Bet Island.

• The Staute is constructed at about 3.5kms south of Sardar Sarovar Dam at Kevadia in the Narmada district of Gujarat.