Republic Day tableaux 2022: For Republic Day 2022 parade tableaux, states and UTs are required to showcase the elements of their region. As the theme of Republic Day 2022 is “India @75”, the tableaux presented during the Republic Day parade can include achievements, freedom struggle, inspirational stories of India's Independence, among others.

Republic Day Parade tableaux 2022: India will celebrate its 73rd Republic Day to commemorate the Indian Constitution which came into effect on January 26, 1950. Republic Day parade is one of the most significant public events in the country. For the Republic Day Parade, the different states and Union Territories present their tableaux to Defence Ministry, which is then further selected for the parade.

Republic Day Parade 2022: When the selection process for tableaux starts?

Every year around September, the Ministry of Defence invites the States, Union Territories to apply for participation in the Republic Day parade in January.

For Republic Day Parade 2022, the shortlisting of the proposals had started on September 27, 2021. A letter was sent to NITI Aayog, election commission, Union Ministries on September 16. 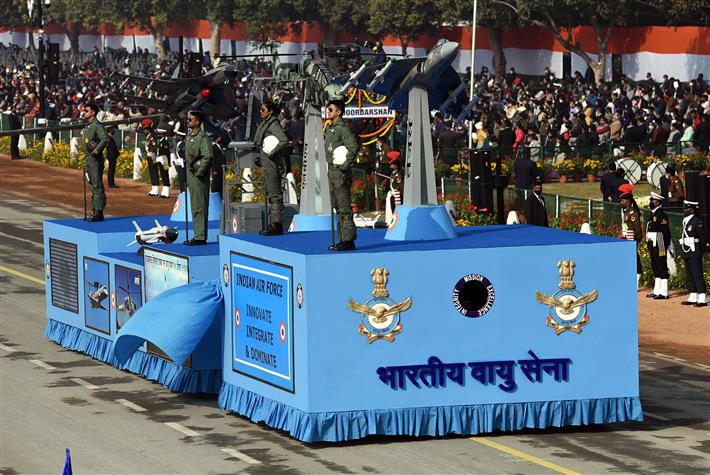 For Republic Day 2022 parade tableaux, states and UTs are required to showcase the elements of their region. As this year the theme of Republic Day 2022 is “India @75”, the tableaux presented during the Republic Day parade can include achievements, freedom struggle, actions, and resolve.

Guidelines have also been released by the Government for the preparation of the tableaux proposal for participation. The initiatives by the States or UTs for their tableaux should include electronic display walls for a bright display of images and content, young qualified designers.

For Republic Day Parade 2022 tableaux there must also be an innovative use of LED lighting, 3D printing, moving elements using mechatronics or robots can also be used to showcase certain elements.

Eco-friendly materials for Republic Day tableaux are also encouraged, among the use of technologies such as Virtual reality and AI among others.

Republic Day 2022: Do tableaux need to be of a particular size?

During the Republic Day parade, every State and UT is provided with one tractor and the tableaux are required to fit on that. Use of trailers, tractors, or any other vehicles is strictly prohibited.

The States have an option of replacing the tractor-trailer provided by the Defence Ministry with their own vehicle, however, it should not be more than two.

The Defence Ministry sets out a distance of 6 feet between tractor and trailer for turning and maneuvering of the tableaux.

The size of the tractor is 24 feet, 8 inches long, 4 feet high, and 8 feet wide. On the other hand, the trailer can carry a load up to 10 tonnes. Hence, the Republic Day parade tableaux need to be not more than 16 feet high, 45 feet long, and 14 feet wide.

1. The tableaux for the Republic Day parade in India are selected by the expert committee of Defence Ministry that consists of distinguished people from the field of art, painting, culture, music, choreography, etc.

2. The Ministry’s committee first scrutinizes the submitted sketches of proposals by the States and UTs which are need to colorful, simple, and self-explanatory.

3. Any form of dance included in Republic Day Parade tableaux must be a folk dance that is performed with traditional costumes and musical instruments. A video clipping must also be included in the proposal.

4. The expert committee further takes care of a combination of factors, degree of details involved, impact on the masses, music, visual appeal among others while making the decision.

5. The shortlisted proposals are informed about the next step. Further, the shortlisted ones that were revisited the following terms of the final approved version get to parade at Rajpath on Republic Day.