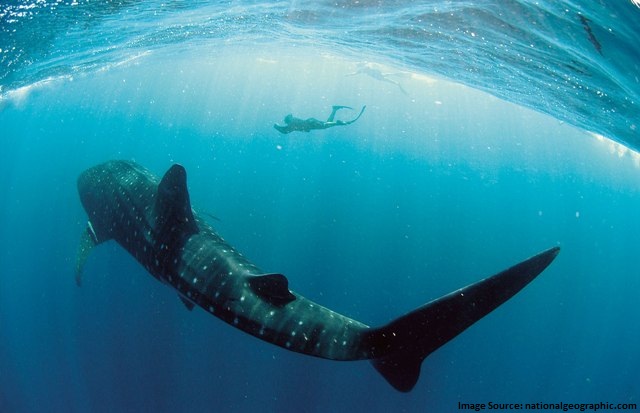 The International whale shark research program by Murdoch University has made the use of an algorithm, which was developed by NASA to study star charts, in order to track and identify whale sharks.

The extensive research project applied the technology developed by NASA to examine the distinctive spots that appear on whale sharks.

• The project mainly relied on citizen scientists sending in photos, taken over many years in locations around the world, which were then analysed against other pictures.

• Over the period of two decades, lead scientist of the project Brad Norman has collected around 30,000 photos of the species from citizen scientists from 54 countries around the world.

• According to the scientists, the information provided by the citizen scientists and eco-tourists through their photographs has played a vital role for conservation of the species.

• The photographs have helped the researchers uncover the mysteries behind whale sharks and gain a better understanding of their numbers, geographic range, behaviours, migration patterns and their favourite places on the planet.

• By using the NASA algorithm, the researchers have been able to examine photographs from around the globe and identify where each individual whale shark came from.

So far the project has helped uncover 20 whale shark aggregation sites. Initially when the project began, only 13 such sites were known.  The main hotspots are located at the Ningaloo Reef in Western Australia, the Atlantic coast of Mexico, Mozambique and the Philippines.

According to Norman, the research could be used to prioritise the conservation areas for the species.