Das joins the RBI at a time when Indian Economy is facing major challenge of constant depreciation of domestic currency ‘Rupee’. The rupee ended 53 paise lower, at Rs 71.87 against the US dollar on December 11, 2018. 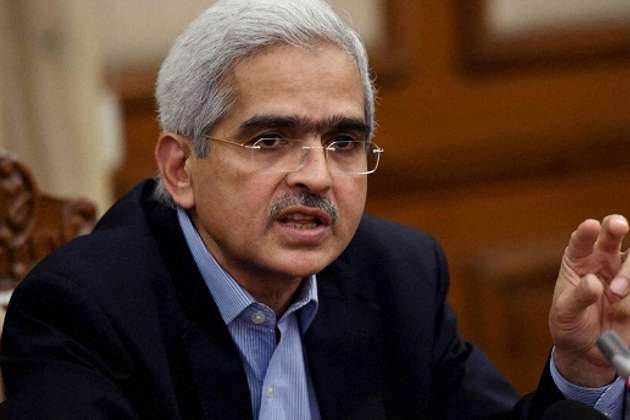 Shaktikanta Das, Member of the 15th Finance Commission, on December 13, 2018 assumed charge as the 25th Governor of the Reserve Bank of India (RBI).

The Appointments Committee of the Cabinet, headed by Prime Minister Narendra Modi, made his appointment on December 12, 2018, within 24 hours of Urjit Patel’s sudden resignation as RBI Governor. Das will have a three-year term.

He currently represents India at the G-20 as a Sherpa, representatives of leaders of G20 member countries who coordinate on the agenda of the summit.

• Das joins the RBI at a time when Indian Economy is facing major challenge of constant depreciation of domestic currency ‘Rupee’. The rupee ended 53 paise lower, at Rs 71.87 against the US dollar on December 11, 2018.

• Another challenge for Das is to gather the support of RBI executives such as Deputy Governor Viral Acharya, who earlier showed his dismay against Government’s interference in the central bank.

• He is a 1980 batch Indian Administrative Service (IAS) officer from the Tamil Nadu cadre.

• He served in the north block as Joint Secretary (Finance Expenditure) in 2008.

• He was appointed as Fertilizer Secretary in December 2013. Prior to that, he was Special Secretary at Department of Economic Affairs in the Ministry of Finance.

• Das was appointed as Member of the 15th Finance Commission as well as India’s Sherpa for the G20 after retirement.

• Das holds degrees of graduation and post-graduation in History from the Delhi University. He later pursued a financial management course from IIM Bangalore.

Urjit Patel on December 10, 2018 resigned as the Governor of the Reserve Bank of India (RBI) with immediate effect, citing personal reasons.

Patel was appointed as the 24th Governor of Reserve Bank of India (RBI) on August 20, 2016 and took charge on September 4, 2016 for tenure of three years. He succeeded Raghuram Rajan.