SITMEX-19 is five days of maritime exercise that aims to strengthen relations between all three countries. 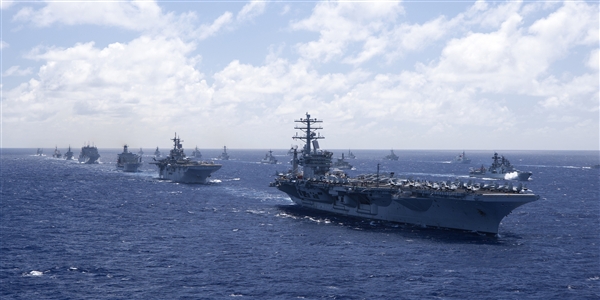 A trilateral maritime exercise between India- Singapore-Thailand (SITMEX-19) has been started with its sea phase in the Andaman Sea. SITMEX-19 is being organized between Indian Navy, Royal Thai Navy (RTN) and Republic of Singapore Navy (RSN).

• Indian Navy’s Ships Ranvir, a Missile Corvette, Sumedha, a Guided Missile Destroyer, Kora,  and an offshore Patrol Vessel are participating in the exercise.
• Apart from that a Long Range Maritime Reconnaissance aircraft P8I are jointly exercising with RSS Tenacious, a Guided Missile Frigate and engaged in various Gunnery are also participating in the event.
• Army personnel will learn about the Force Protection Measures. Some Air Defence and Communication Exercises will also be taken place to enhance maritime interoperability between the participating navies.
• Participating ships have also been exchanged to provide experience sharing of best practices.

Participants from other countries