Sri Lankan Prime Minister Ranil Wickremesinghe has comfortably defeated the majority vote against the no-confidence motion that was moved against him by the joint opposition. In the 225-member Parliament, 122 members voted against the motion, while 76 voted in favour. 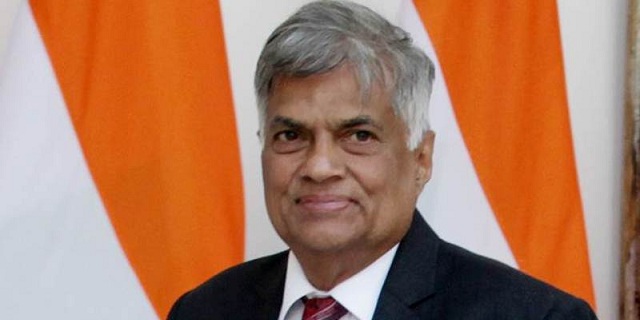 Sri Lanka's Prime Minister Ranil Wickremesinghe on April 4, 2018 comfortably defeated the no-confidence motion moved by the joint opposition against him, securing the majority support in the 225-member Parliament.

The no-confidence motion was moved by former President Mahinda Rajapaksa's Joint Opposition accusing Wickremesinghe of financial mismanagement and failing to tackle the outbreak of violence against the minority Muslim community in the nation’s central district, Kandy.

• In the 225-member Parliament, 122 members voted against the motion, while 76 voted in favour.

• All the members of United National Party (UNP) led by the Prime Minister voted against the motion except one who abstained.

• However, many members of Sri Lanka Freedom Party (SLFP) led by President Maithripala Sirisena abstained from voting while others voted in favour of the motion.

• Around 26 members were not present in the House when the vote was taken.

• The SLFP and Wickremesinghe's UNP are in a national unity government since 2015, after they jointly ousted former President Mahinda Rajapaksa in a historic election.

• The minority Tamil and Muslim parties voted in favour of the premier.

The significance of the vote

Though the Prime minister defeated the motion, the voting has exposed the deep divisions within members of ruling collation.

The United National Party (UNP) has demanded resignations of those SLFP ministers who voted in favour of the motion.

The Prime minister, however, asserted that the national government will continue with members who remain with them.

Maithripala Sirisena, who was elected as Sri Lanka’s President in 2015 with major support from Wickremesinghe had called for his stepping down in mid-March, after both their political parties lost badly to Rajapaksa's new party in the Sri Lankan local elections 2018.

The SLFP had insisted that Wickremesinghe should step down before the motion.

The no-confidence motion moved by the opposition charged Wickremesinghe of protecting his nominee as the Governor of Central Bank over his role in the alleged Bond scam, bungling in economic policy management and failing to tackle an anti-Muslim minority riot in March.