A Bench headed by Justice R.F. Nariman upheld the constitutional validity of the code “in its entirety”. However, the apex court said that related parties in the Act should mean a person connected with the business. 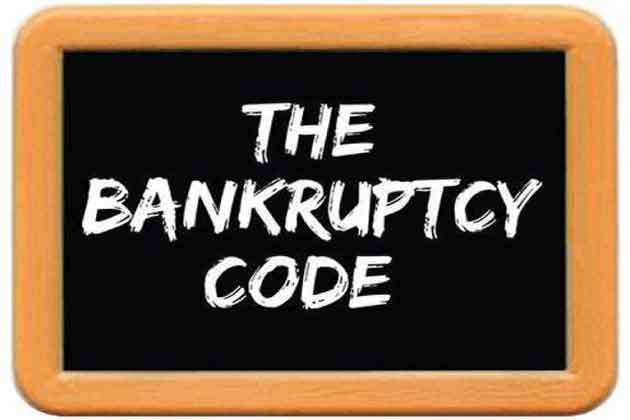 The Supreme Court on January 25, 2019 upheld the constitutional validity of the Insolvency and Bankruptcy Code (IBC).

A Bench headed by Justice R.F. Nariman upheld the constitutional validity of the code “in its entirety”. However, the apex court said that related parties in the Act should mean a person connected with the business.

The Bench disposed of a batch of pleas filed by companies challenging various provisions of the IBC.

• The committee of creditors’s voting rights of resolution plans will be limited to 66 percent from earlier threshold of 75 percent, a move that will help speed up the resolution process.

• In order to facilitate the corporate debtor to continue as a going concern during the CIRP, the voting threshold for routine decisions has been reduced to 51 percent.

• Withdrawal of an insolvency application will be allowed, if 90 percent of the creditors agree.

• The Ordinance also provides for a mechanism to allow participation of security holders, deposit holders and all other classes of financial creditors that exceed a certain number, in the meetings of the Committee of Creditors.

• Section 29(A) of the IBC, 2016 has been amended to exempt pure play financial entities from being disqualified on account of non-performing assets (NPA).

• Taking into account the wide range of disqualifications contained in Section 29(A) of the Code, the Ordinance provides that the Resolution Applicant shall submit an affidavit certifying its eligibility to bid.

• Promoters of companies with turnover of up to Rs 250 crore will be allowed to bid. Earlier, they were barred from bidding as the government feared that they will walk away with the stressed assets at a discount.

• The ordinance proposes to facilitate implementation of the resolution plan by the successful bidder.

• It provides a year time to the Resolution Applicant to obtain necessary statutory clearances from central, state and other authorities.

• The other changes brought about by the Ordinance include - non-applicability of moratorium period to enforcement of guarantee; and liberalising terms and conditions of interim finance to facilitate financing of corporate debtor.

A sigh of relief for homebuyers, Union Cabinet approves ordinance to amend Insolvency and Bankruptcy Code