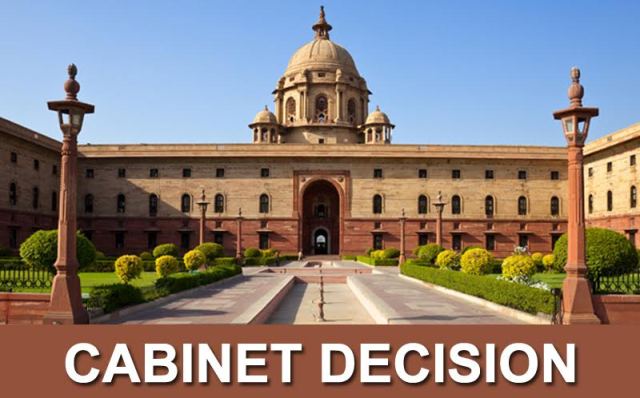 The Union Cabinet chaired by Prime Minister Narendra Modi on July 4, 2018 approved the proposal submitted by Department of Industrial Policy and Promotion, Ministry of Commerce and Industry regarding accession to the WIPO Copyright Treaty, 1996 and WIPO Performers and Phonograms Treaty, 1996, which extends coverage of copyright to the internet and digital environment.

The approval is a step towards the objective laid in the National Intellectual Property Rights (IPR) Policy adopted by the Government on May 12, 2016 which aims to get value for IPRs through commercialization by providing guidance and support to EPR owners about commercial opportunities of e-commerce through Internet and mobile platforms.

The treaties will help India:

• To enable creative right-holders to enjoy the fruit of their labour, through international copyright system that can be used to secure a return on the investment made in producing and distributing creative works.

• To facilitate international protection of domestic rights holder by providing them level-playing field in other countries, as India already extends protection to foreign works through the International Copyright order and these treaties will enable Indian right holders to get reciprocal protection abroad.

• To instil confidence and distribute creative works in a digital environment with return on investment.

• To spur business growth and contribute to the development of a vibrant creative economy and cultural landscape.

•  The schemes will provide relief and rehabilitation assistance to the refugees, displaced persons, civilian victims of terrorist/communal/LWE violence and cross-border firing and mine/IED blasts on Indian Territory and riot victims of various incidents.

•  The 8 schemes approved for continuance are already in operation, and the benefits under each will be extended to intended beneficiaries in accordance with the approved criterion.

- Central Assistance for one-time settlement of displaced families from Pak-occupied Jammu and Kashmir (PoJK) and Chhamb settled in the State of Jammu & Kashmir.

- Rehabilitation Package and up-gradation of the infrastructure of the Bangladeshi Enclaves and Cooch Behar District after transfer of enclaves between India and Bangladesh under Land Boundary Agreement.

- Grant-in-Aid to Government of Tripura for maintenance of Brus lodged in relief camps of Tripura.

- Rehabilitation of Bru/Reang families from Tripura to Mizoram.

- Grant of enhanced relief of Rs. 5.00 lakh per deceased person, who died during 1984 Anti-Sikh Riots.

- Central scheme for assistance to civilian victims/family of victims of terrorist/communal/LWE violence and cross-border firing and mine/IED blasts on Indian Territory.

•  The Union Cabinet, chaired by the Prime Minister Narendra Modi on July 4, 2018 gave its approval to rename the Agartala Airport in Tripura as ‘Maharaja Bir Bikram Manikya Kishore Airport’, Agartala.

•  The Agartala Airport was constructed in 1942 on the land donated by Maharaja Bir Bikram Manikya Kishore.

•  As a visionary ruler, who had travelled extensively across the globe, he took several steps for the all-round development of Tripura.

•  Due to the Maharaja’s initiative, an aerodrome at Agartala was constructed and that has evolved as the second busiest airport in the North East and provides crucial air connectivity to Tripura.

• The Union Cabinet chaired by Prime Minister Narendra Modi has approved the creation of one post each of Vice-Chairperson and Member in the National Commission for Safai Karmacharis.

•  The decision is intended to optimise functioning of the Commission and for fulfilling desired objectives of welfare and development of the target group.

•  The National Commission for Safai Karmacharis is working for the welfare of both Safai Karamcharis and Manual Scavengers.

•  It is mandated to work towards the elimination of inequalities in status facilities and opportunities for Safai Karamcharis and has an important role to ensure rehabilitation of all the identified manual scavengers on a time-bound basis.

•  Under Section 31 of the Prohibition of Employment as Manual Scavengers and their Rehabilitation Act 2013, the Commission is mandated to:

- Monitor the implementation of the Act

- Enquire into complaints regarding contravention of provisions of the Act

- Advice Central and State Governments for effective implementation of the Act.

Cabinet approves MoU between India, UK on cooperation in sphere of Law & Justice

The Union Cabinet chaired by the Prime Minister Narendra Modi has approved the signing of a Memorandum of Understanding (MoU) between India and the United Kingdom regarding cooperation between the two nations in the sphere of Law & Justice and to set up a Joint Consultative Committee.

The MoU takes care of concerns and requirements in the field of exchange of experience by legal professionals, government functionaries and their training and effective legal aid mechanism for resolution of disputes before various courts and tribunals.

•  The Union Cabinet chaired by the Prime Minister Narendra Modi has approved the extension of the scheme of recapitalization of Regional Rural Banks (RRBs) for the next three years up to 2019-20.

•  The move will enable the RRBs to maintain the minimum prescribed capital to Risk Weighted Assets Ratio (CRAR) of 9 per cent.

•  A strong capital structure and minimum required level of CRAR will ensure the financial stability of RRBs, which will enable them to play a greater role in financial inclusion and meeting the credit requirements of rural areas.

•  The identification of RRBs requiring recapitalization and the amount of capital to be provided will be decided in consultation with NABARD.

•  The RRBs were set up with the objective to provide credit and other facilities, especially to the small and marginal farmers, agricultural labourers, artisans and small entrepreneurs in rural areas for development of agriculture, trade, commerce, industry and other productive activities.

•  RRBs are jointly owned by Government of India, the concerned State Government and Sponsor Banks with the issued capital shared in the proportion of 50%, 15% and 35% respectively.

•  The Union Cabinet chaired by the Prime Minister Narendra Modi has given its ex-post facto approval for the Memorandum of Understanding (MoU) signed in 2014 and approval for renewal of MoU between the Institute of Chartered Accountants of India (ICAI) and Saudi Organisation for Certified Public Accountants (SOCPA) in Saudi Arabia.

•  The objective is to work together to develop a mutually beneficial relationship in the best interest of ICAI members, students and their organisations.

•  The MoU will provide an opportunity to the ICAI members to expand their professional horizons and simultaneously ICAI will become an entity to aid and strengthen capacity building of local nationals.

•  The MoU will further enable ICAI to promote the Accounting and Auditing profession and all matters that might lead to the development of the profession and improve its status.