US-India will have trade deal soon: US President Donald Trump

US-India Trade Deal: US President Donald Trump, while addressing to media with India's PM Narendra Modi, said that US and India will soon have a trade deal. 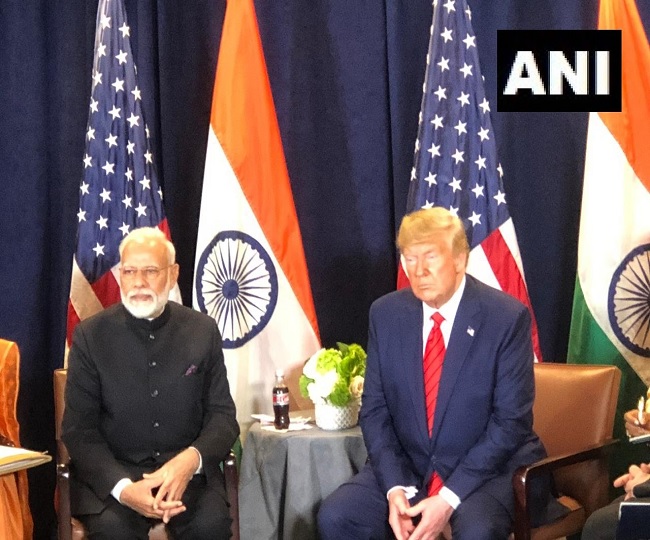 US President Donald Trump, while addressing to media with India's PM Narendra Modi, said that US and India will soon have a trade deal. He said "I think very soon. We are doing very well.  Robert Lighthizer (USTR) who is right here negotiating with India. I think, very soon we will have a trade deal," when asked if there is any trade deal is happening between the US and India.

Earlier, President Trump and Prime Minister Narendra Modi had a bilateral meet in New York on the sidelines of United Nations General Assembly (UNGA). Both India and the US are negotiating a balanced trade pact to address the issues and promote two-way commerce.

India's Commerce Minister Piyush Goyal’s is also in New York to resolve the trade package with U.S. Trade Representative (USTR) Robert Lighthizer. However,  nothing concrete has come out and both sides failed to sign any trade pact.

The US has been consistently pressuring to reduce the trade gap and lower duties on its products. The United States also wanted greater access to Indian pharmaceutical markets for its medical products such as knee implants, stents and ICT and dairy products and sought the removal of price caps.

Any progress on trade deal?

Both sides agreed that a robust trade deal is coming up soon and for that, they have narrowed down the differences. However, there is no time-line given to conclude the deal.

India has sealed the Petronet deal, the largest by an Indian company in US LNG after Modi held a meeting with the top CEOs from US-based oil companies.