Legendary Actor Dilip Kumar Passes Away: Iconic Actor Dilip Kumar breathed his last today (7th July 2021) morning at the Hinduja Hospital. Mr Kumar was known among his peers as the Tragedy King and some of the iconic roles portrayed by him on the big screen in films like Mughal-e-Azam and Devdas will be etched in memories of the fans forever. 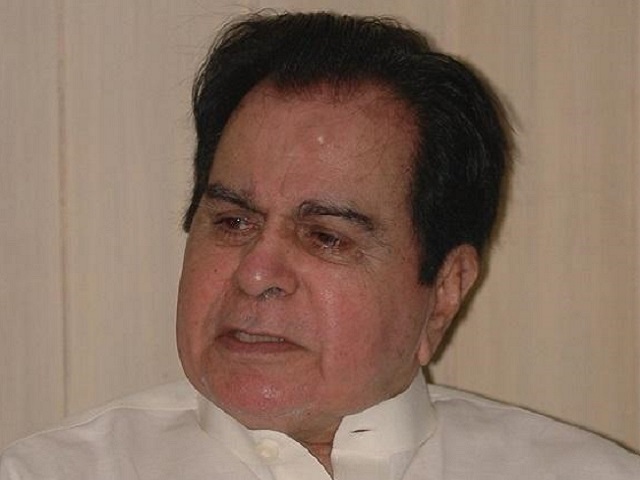 Veteran Actor Dilip Kumar Passes Away: Legendary Bollywood Actor Dilip Kumar passed away today i.e. on 7th July 2021 morning at 7:30 AM in the morning as per the latest reports coming right now. The 98-year old Veteran start was admitted to Hinduja Hospital where he breathed his last after being admitted there on 29th June following complaints of breathlessness. Fondly known as the ‘Tragedy King’ of Bollywood, Kumar will be remembered for his work in iconic films like Mughal-e-Azam, Devdas and more.

The news about the demise of the Legendary Actor was confirmed on Twitter by his close friend Faisal Farooqui. Today morning, Mr Farooqui took to twitter from the Official handle of Dilip Kumar and announced his passing away. The tweet read “With a heavy heart and profound grief, I announce the passing away of our beloved Dilip Saab, few minutes ago.  We are from God and to Him we return.  - Faisal Farooqui”

With a heavy heart and profound grief, I announce the passing away of our beloved Dilip Saab, few minutes ago.

We are from God and to Him we return. - Faisal Farooqui

Dilip Kumar started his journey in Bollywood in 1944 with a film tiled Jwar Bhata. But it was with 1947’s Jugnu film that Kumar rose to prominence as a noteworthy actor in the cinema industry. Over the years, Dilip Kumar became part of some of the most celebrated films of Bollywood and portrayed iconic characters on the large screen that live in our memories even today. The legendary actor played prominent roles in several classic Hindi language films in the 1950s and 1960s. Some of these films include Mughal-E-Azam, Devdas, Naya Daur, Ganga Jumna, Ram aur Shyam, and others.

His work was also celebrated nationally and internationally that won him several accolades over his career. He was honoured with Padma Bhushan Award in 1991 which was followed by Padma Vibhushan award that he was honoured with in 2015. Even Pakistan Government honoured Dilip Kumar with Nishan-e-Imtiaz i.e. Order of Excellence –for achievements towards world recognition for Pakistan.

As the news of Veteran Actor Dilip Kumar’s passing away broke out today morning, condolences poured in from his Bollywood and Political Fraternity. Prime Minister Narendra Modi, Congress Leader Rahul Gandhi, Defence Minister Rajnath Singh expressed their grief and sorrow at the passing away of the iconic star.

Dilip Kumar Ji will be remembered as a cinematic legend. He was blessed with unparalleled brilliance, due to which audiences across generations were enthralled. His passing away is a loss to our cultural world. Condolences to his family, friends and innumerable admirers. RIP.

I had met Dilip Kumar ji in person when I went to Mumbai to present the Padma Vibhushan to
him. It was a special moment for me to interact with the legendary actor.

His demise is monumental loss to the Indian cinema. My heartfelt condolences to his family, friends and fans.

My heartfelt condolences to the family, friends & fans of Dilip Kumar ji.

His extraordinary contribution to Indian cinema will be remembered for generations to come. pic.twitter.com/H8NDxLU630

Bollywood Actor Ajay Devgn also sent out a tweet from his official account, recounting the many special moments he had shared with Mr Kumar.

Shared many moments with the legend...some very personal, some on stage. Yet, nothing really prepared me for his passing away. An institution, a timeless actor. Heartbroken.
Deepest condolences to Sairaji🙏🏼#DilipKumar pic.twitter.com/Il8qaMOOhf