Virat Kohli was named captain of the Wisden Test team of the decade. Ravichandran Ashwin is the only other Indian to feature on the list. 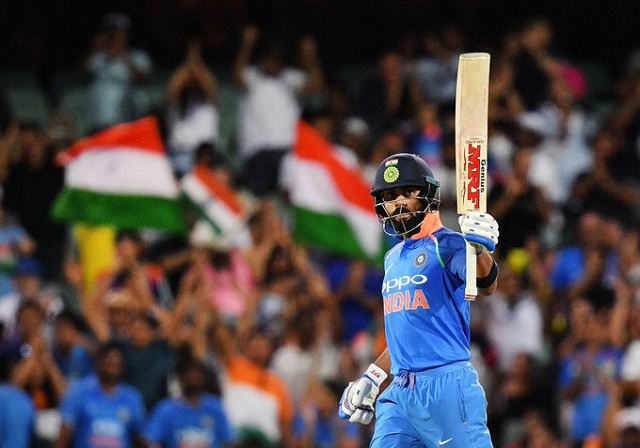 Indian skipper Virat Kohli has found a place in the list of five cricketers of the decade by the Wisden Cricketers' Almanac.

Virat Kohli was named in the Wisden cricketers of the decade list along with four other cricketers – Australia’s Steve Smith and women’s all-rounder Ellyse Perry, South Africa’s Dale Steyn and AB de Villiers. 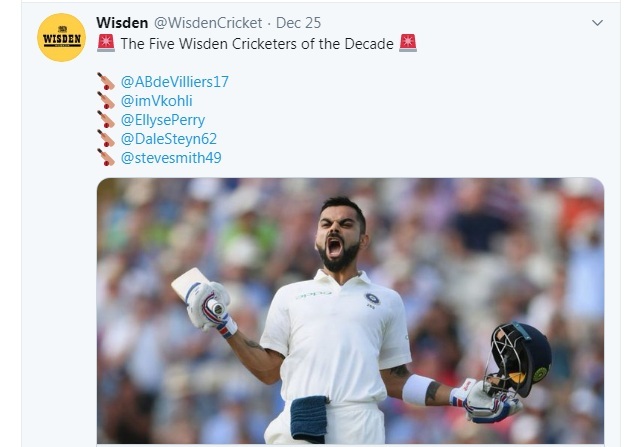 Five cricketers of the decade

1. Steve Smith: The cricketer has scored 26 centuries from 60 Tests overall and had a career batting average in test cricket closer to 80.

2. Ellyse Perry: The Australian is a world-class all-rounder in all three formats of cricket with a test batting average of 114.6 and bowling of under 17.

3. Virat Kohli: The Indian cricketer has scored 5,775 more international runs than anyone else this decade.

4. Dale Steyn: He is the only specialist bowler to be named in the cricketers of the decade list. He had entered the decade as the world’s best test bowler and held on to the position for record four years.

Virat Kohli was also named as the captain of the Wisden Test team of the decade. The only other Indian to feature in the list includes Ravichandran Ashwin. Virat Kohli is one of the most consistent players in the longest format of cricket, having scored a total of 7202 runs in 84 tests, which includes 27 centuries and 22 half-centuries. Ashwin has picked up 362 wickets from a total of 70 tests, which includes 27 five-wicket hauls.

The Indian skipper also found a place in the Wisden ODI team of the decade along with Rohit Sharma and former Indian captain MS Dhoni. Virat Kohli has scored a total of 11,609 runs in 242 ODIs, which includes 43 centuries and 55 half-centuries.

Wisden or Wisden Cricketers' Almanack is a cricket reference book, which is also known as the bible of cricket. The book is published annually in the UK.

Wisden’s cricketers of the decade list include five of the world’s best cricketers whose performance in the past decade has been exceptional.