Vladimir Putin sworn in as Russian President for fourth time

Putin's fourth term comes after he won the presidential elections in March 2018 with 76 percent of the votes to his name. 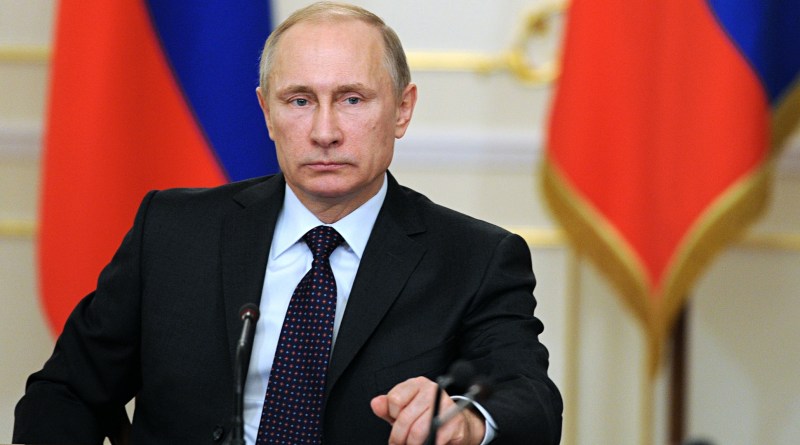 Vladimir Putin sworn in as Russian President for fourth time

Vladimir Putin was on May 7, 2018 sworn in as the President of Russia for fourth time in the Grand Kremlin Palace, Moscow.

With this, Putin will now be serving the office of President for another six years. However, the Russian constitution bars him from running again for the elections after the end of his new term in 2024.

Now, Putin has the right to appoint his preferred candidate for the post of Prime Minister.

Putin's fourth term comes after he won the presidential elections in March 2018 with 76 percent of the votes to his name. He defeated Communist Party candidate Pavel Grudinin, who fetched 11.8 percent of votes.

Other names in the presidential race included Vladimir Zhirinovsky of the LDPR who took 5.66 percent of the votes, TV presenter Ksenia Sobchak who got 1.67 percent votes and Grigory Yavlinsky who received just over 1 percent of the vote.

• He became acting President of Russia in December 1999.

• After serving the second term, Putin was barred from running for a third successive term by the Russian constitution, but instead became the Prime Minister, a post which he served from 2008 to 2012.

• In 2012, he managed to easily win the third presidential term.

• If his stint as Prime Minister during 2008-2012 is counted, he is Russia’s longest-ruling leader since Soviet dictator Josef Stalin, who was in power for 31 years.

• He is a graduate from the International Law branch of the Law Department of the Leningrad State University.