22/02/2022: Today's date is both a palindrome and an ambigram, can be read the same way forward, backward and upside down!

22 February 2022 (22/02/2022), is both a palindrome and an ambigram. Wondering how? Read the below article to find out interesting things about today's date.

Palindrome and Ambigram Today: Today's date, 22 February 2022, is doubly rare as it's not just a palindrome but an ambigram as well. The rare date falls on Tuesday (the second day of the week), prompting the people to call it 'Twosday'.

22 February 2022 is written as 22/02/2022 numerically and is, therefore, a palindrome as it can be read the same way forward and backwards. It is an ambigram as well because it is the same upside down! 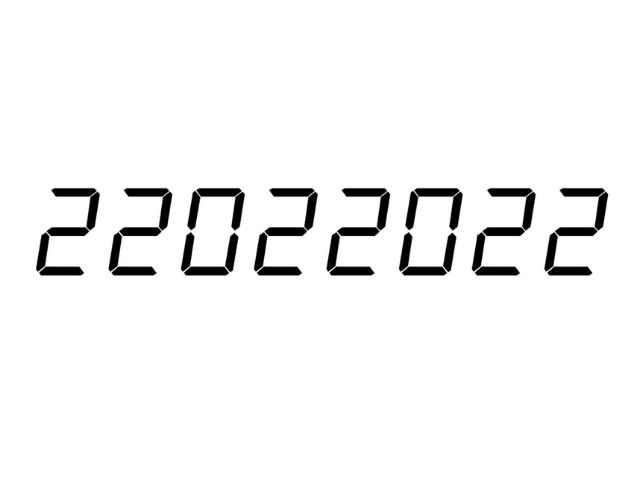 If we drop the slash marks from today's date, 22022022, we will notice that it contains only two digits-- 0 and 2. The palindrome and ambigram work for the British date format (dd-mm-yyyy) but not for the US date format (mm-dd-yyyy) for the 22nd of February 2022.

Internet is abuzz about the palindromic days and weeks. Take a look at the below tweets.

February 22, 2022 is a palindrome day or a date that can be read the same way backward or forward.

May this special day bring you the happiness that you deserve! pic.twitter.com/GeGtJUuMQx

Let's take a break from all this active weather and 'reflect' on a fun fact! 🧐

It is a Palindrome week! This means everyday this week can be read the same forwards and backwards! Its a 'mirror-cle'! 🤯

Don't believe us?? Check out our image and 'self-reflect' 😏#AKwx #mirror pic.twitter.com/SznaGXUJj6

Delhi Police wisely used the occasion to deliver a strong message on road safety. Take a look at the tweet below.

Since it is 22022022 today, we remind you to think twice about your MOM and DAD before you speed!#RoadSafety#Palindrome

The below tweet gives an example of both a palindrome and an ambigram.

Today is both a palindrome and an ambigram. Which means it can be read backwards and forwards as well as upside down. This may be my most useful tweet ever. Good day. pic.twitter.com/xSPCAXMnyc

According to a leading website on time, Aziz S. Inan, an electrical engineering professor at the University of Portland, calculated that in the mm-dd-yyyy format, palindrome days tend to occur only in the first few centuries of each millennium.

Also Read | National Vegetable of India: Does India has a national vegetable?