Chandrayaan-2, India's second Moon mission: All you need to know

Chandrayaan-2, India's second moon mission completed one year in an orbit around the moon. It was launched from the Satish Dhawan Space Center in Sriharikota India on 22 July, 2019. On 20 August, Chandrayaan-2 was successfully inserted into the lunar orbit. Let us read in detail about the Chandrayaan-2 mission. 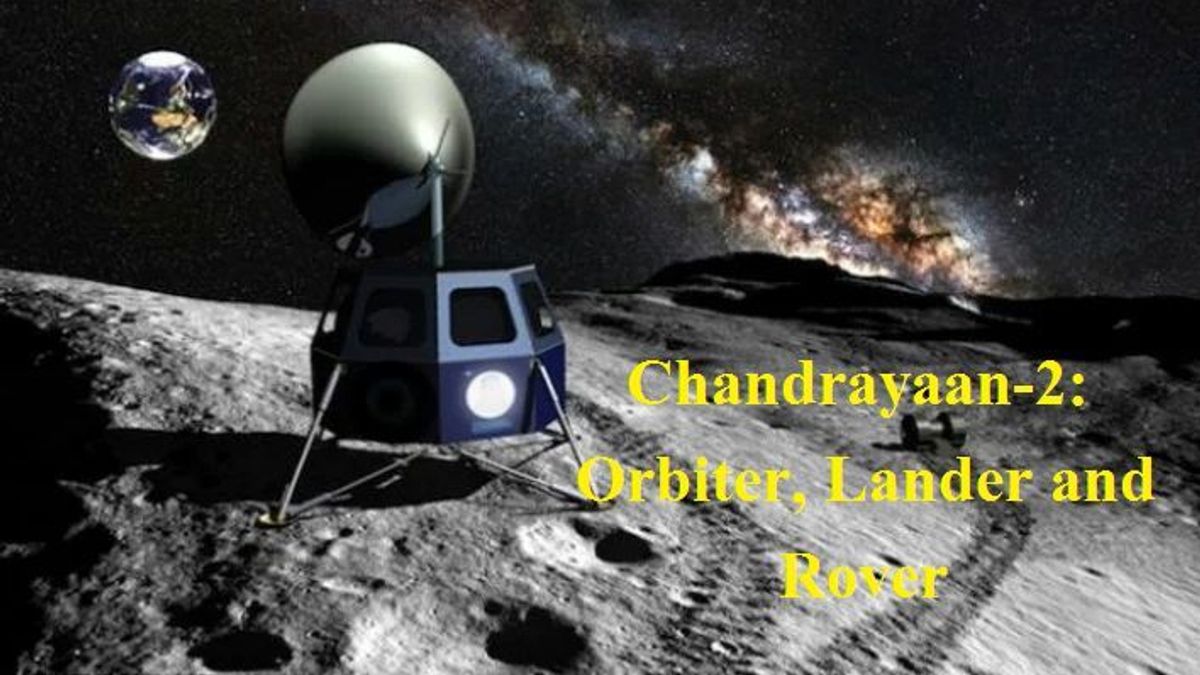 Chandrayaan-2, India's second moon mission completed one year today as it was launched from Satish Dhawan Space Centre in Sriharikota on 22 July, 2019. After the injection of Chandrayaan-2 and revolving around the Earth's orbit for nearly 23 days, the craft began its journey to the moon on 14 August, 2019. And it was successfully inserted into the lunar orbit on 20 August, 2019.

All the instruments of Chandrayaan-2 are performing well and adequate onboard fuel is there to keep it operational for about seven more years as per space agency ISRO.

The Lander was designed to execute the soft-landing on the surface of the moon and to function on one Lunar day which is equal to 14 earth days. But unfortunately few minutes before landing, ISRO lost contact with Vikram Lander. Scientists of ISRO are trying to restore contact with the Vikram Lander.

The Chairman of ISRO K Sivan recently told that the space agency has found the location of the Vikram Lander through a thermal image that was clicked by the Orbiter of the Chandrayaan-2, which is already in the intended orbit around the Moon. But there is no communication yet. ISRO is trying to have contact and hoping for the best.

Let us see what happened in the past.

On 2 September 2019, the Vikram lander has been placed in an independent circular path around the moon identical to that of the orbiter that was passing over the lunar poles at a distance of about 100 km from the surface. Chandrayaan-2 with the combined orbiter, lander, and Rover finally completed its fifth orbit-lowering maneuver on 1 September, 2019 that brings it to the almost circular orbit of 119 X 127 km around the moon.

Chandrayaan-2 successfully entered the lunar orbit on 20 August, 2019. According to ISRO,  Lander (Vikram) along with a Rover (Pragyan) has separated from the orbiter on 2 September,2019 and is now on its way to the Moon.

Chandrayaan-2 on 14 August, 2019 successfully entered Lunar Transfer Trajectory. Only three countries US, Russia, and China reached on the surface of the Moon and China being the only country to have made it in the first attempt.

India's second Moon mission Chandrayaan-2 was successfully launched at 2:43 pm on 22 July, 2019 from Sriharikota space station. A new history is created in India. It is a proud moment for all of us.  People will be able to see the darker side of the Moon.

Chandrayaan-2 moon mission is totally an indigenous mission. Earlier, Chandryaan-2 was decided to launch on 15 July, 2019 but due to some technical problem it was delayed. Finally, it was launched on 22 July, 2019 via GSLV-Mk-III rocket from Satish Dhawan Space Centre, Sriharikota. No doubt, the Chandrayaan-2 mission comes nearly 11 years after India's first expedition to the moon in October 2008. Therefore, the space agency said it is better to be delayed rather than any complications.

It is one of the biggest project to date. The journey of Chandrayaan-2 is around 3.84 lakh km to Moon. It will be injected into an earth parking 170 x 40400 km orbit. The weight of Chandrayaan-2 spacecraft is approximately 3850 kilograms. It will collect data on water, minerals, and formations of rock.

Chandrayaan-2 spacecraft has three modules a Lander (Vikram), an Orbiter, and Rover (Pragyan).

The primary objective of ISRO to launch Chandrayaan-2 is to demonstrate the ability to soft-land on the lunar surface and operate a robotic rover on the surface. Scientific goals are to study lunar topography, mineralogy, elemental abundance, the lunar exosphere, and signatures of hydroxyl and water ice.

Chandrayaan-2 landing near the Pole
The Lander and Rover of Chandrayaan-2 are targeted for a location of about 600 kilometres or 375 miles approx from the South Pole. Let us tell you that it would be the first time any mission touched down so far from the equator. The Orbiter and Lander modules will be mechanically interfaced and stacked together like an integrated module and accommodated inside the GSLV MK-III launch vehicle whereas the Rover is housed inside the Lander.
After launching, the integrated module will reach the Moon orbit by using the Orbiter propulsion module. Then, Lander will automatically separate from the Orbiter and land at the site close to the lunar South Pole.

Breakdown of an entire payload of Chandrayaan-2

1. Rover also known as Pragyan will have two instruments onboard. On the surface of the Moon, the instrument will test the mineral and chemical compositions and also about soil and rocks formation. Data on and around the South Pole will be collected and sent. That is it will send information from the moon to Vikram Lander. Lander will send data to Orbiter. Then the Orbiter will send it to the ISRO centre. This whole process will take about 15 minutes. So, it can be said that information sent from Pragyan Robot will take about 15 minutes to reach the ISRO centre in India.

2. Lander is also known as Vikram. ISRO has named Lander after the founder of ISRO and the father of Indian Space Program Vikram Sarabhai. The five-legged lander will have three instruments on board. They are the Radio Anatomy of Moon-Bound Hypersensitive Ionosphere and an Atmosphere Probe (Rambha) that will measure the density of the lunar sub surface and changes around it. Further, the Chandra Surface Thermophysical Experiment (ChaSTE) will be used to measure the thermal temperature around the South Pole of the moon. And thirdly, is the instrument for Lunar Seismic Activity (ILSA) which will measure the seismicity or quake or tremor-potential of the region.

It will use scientifically for 15 days. Its initial design was made by ISRO's Space Application Centre Ahmedabad. Later, it was developed by the URSC of Bengaluru. ISRO has made an indigenous Lander on Russia's refusal.

3. Orbiter of Chandrayaan-2 will be installed at 100 km above the moon and consists of eight instruments. Specifications of these instruments are not provided that will be loaded on to the rocket. But there will be an Imaging Infrared Spectrometer (IIRS) which will try to identify minerals and indicators of hydroxyl and water molecules. It will operate on solar power. It will be circling the information from Lander and Rover to the ISRO Centre. It will also bring the command sent from ISRO to the lander and the rover. It was generated by Hindustan Aeronautics Limited and handed it to ISRO in 2015.

The profile of the Mission

As discussed above Chandrayaan-2 begin its journey to Moon on 22 July, 2019. The Lander-Orbiter pair will go into an initial elliptical (180 X 24000 km altitude) Earth orbit, followed by a trans-lunar injection. Both will go into an initial elliptical lunar orbit. After orbit insertion, the Lander and the Orbiter separate. The Orbiter evolves into a 100 km circular polar orbit and the Lander breaks from orbit and lands on the surface in the high latitude areas near the South Pole. The Orbiter portion of the mission is planned to last 1 year. The rover will be deployed using a ramp shortly after the landing and is planned for 14-15 days that is one period of lunar daylight.

Note: India's first lunar probe was the Chandrayaan-1 mission which was launched in October 2008. The mission included a lunar orbiter and an impactor but did not have a rover like Chandrayaan-2.