Complete list of Union Ministers 2019: Types of Ministers and their Portfolios 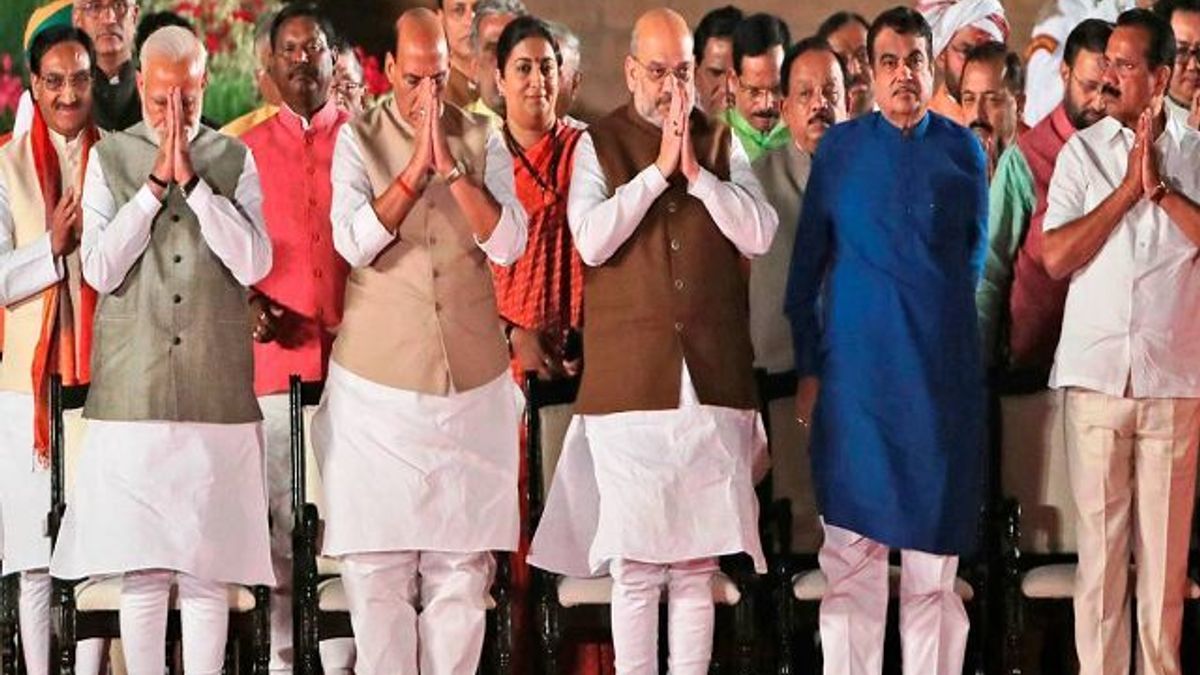 The cabinet of the Narendra Modi’s second tenure has been decided. As on Feb 2020; there are 58 Ministers; which includes 25 cabinet Ministers, 9 Ministers of State (Independent Charge) and 24 Ministers of State. In total there are 6 ministers who are women in this cabinet.

Article 74 of the Indian constitution deals with the status of the council of ministers to aid and advise the President who shall exercise his functions as per the advice tendered to him. While article 75 deals with the appointment, tenure, qualification, responsibilities, oath salaries and allowances of the ministers.

The Council of Ministers consists of four categories of ministers;

The difference in ministers lies in their respective ranks, emoluments and political importance.

The Prime Minister of the country is on the top of all of these ministers and he advises the President of India that which persons shall be included in the cabinet.

Cabinet Ministers attend crucial meetings and play a crucial role in the policy formation of the country.

Kitchen Cabinet: In addition to the above-mentioned ministers there is another small body consist of the Prime Minister as its head and some key 15 to 20 most important ministers, called the Kitchen Cabinet. In reality this cabinet is not mentioned in the Indian constitution but it is the pivot of powers of the Central Government. This type of cabinet was first introduced by the Late PM Indira Gandhi.

The President of India, as advised by the Prime Minister, has directed the allocation of portfolios among the following members of the Union Council of Ministers:-

The Prime Minister of India can recommend the President of India to change the portfolio of any Cabinet Minister or to sack any minister from his cabinet.

Difference between the Council of Ministers and Cabinet

Why Prime Minister of India takes Oath of Office and Secrecy?