What is the difference between Brent Crude oil and WTI Crude oil Benchmark?

Before comparing Brent crude oil and WTI benchmark prices, it is important to know what is this crude oil?

What is crude oil?

The history of crude oil is 300 million years old. Non-refined oil which is extracted directly from the sea or wells is called the crude oil. This crude oil is of no use without refining.

After the refining process, many byproducts of the same are extracted which include;  petrol, diesel, kerosene, natural gas, lubricant, and Vaseline etc. 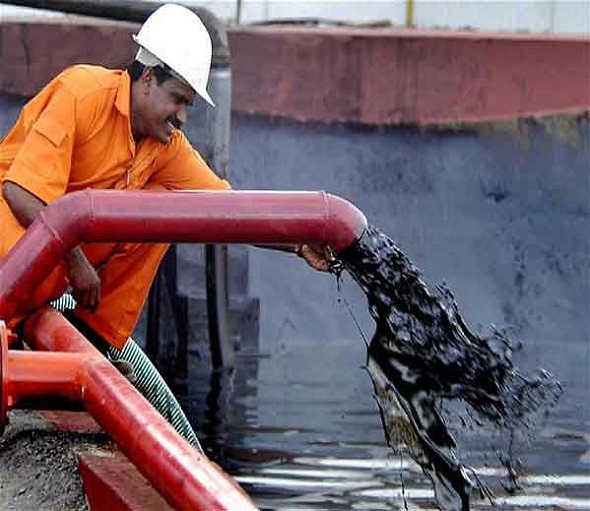 At least 20 gallons of gasoline is refined to extract one barrel of usable oil. Remember one US gallon is equal to 3.78 liters. Crude oil is measured in 'barrels' and a barrel contains 159 liters of oil.

What is Oil Benchmark?

Actually, there are two main methods of oil exploration in the world, one from land or wells and the other from sea. It also happens that the quality of crude oil extracted from each region is different. Some contain more sulfur and some are more flammable.

Apart from this, the oil traders also calculate that which is the suitable region to buy crude oil and in which region it is available at a cheaper price?

So the benchmark price of crude oil is decided after considering many factors like; oil quality, oil quantity, and transport facility or cost.

Therefore, the trader or importing country takes the final decision (regarding the purchase) on the basis of the benchmark price of crude oil.

Let us now know about all these one by one.

Crude oil extracted from the North Sea near Norway and the United Kingdom is sold at the Brent crude oil Benchmark. Crude oil of this region contains a high percentage of sulfur which is good to extract diesel of good quality. Two-thirds of the world's crude contracts are signed in this Brent crude oil benchmark.

Oil of this benchmark is extracted from American oil wells. It is transported through a pipeline and stored in Oklahoma, USA. It is used to make low-sulfur gasoline and low-sulfur diesel. It is lighter due to its lower API gravity and sweeter due to lower sulfur.

Oil extracted from Arab countries is sold by referencing this benchmark.

The difference in Brent Crude Oil and WTI Benchmark

2. The price of Brent crude is the international benchmark price used by the Organization of Petroleum Exporting Countries (OPEC), while the WTI crude price is a benchmark for US oil prices.

5. Brent crude has a lower shipping cost as it is sourced directly from the ocean from where ships are easily loaded and shipped to various sailing points while WTI's shipping cost is higher because it is sent to Cushing, Oklahoma through the pipeline and stored there which is a costly and risky affair.

It is known that on April 20, the prices of WTI crude oil had gone down to minus US$ 40 per barrel for futures contracts of May 2020. It means the crude oil seller was paying US$ 40 to the buyer for every barrel purchase.

Keep in mind that the prices of WTI crude oil will be positive again for future trading of June 2020, because the oil traders think that COVID-19 will not have much impact worldwide from June month.

Hopefully, after reading this article, you must have understood the difference between Brent crude oil and WTI crude oil benchmark. To read more such articles, click on the link given below;

Why did the US oil prices fell below zero?

What is the impact of Coronavirus on the Indian Economy?