The DNA Technology (Use and Application) Regulation Bill of 2019: What does the draft report of the parliamentary standing committee say?

On January 8, 2019, Lok Sabha passed 'The DNA Technology (Use and Application) Regulation Bill - 2019' to recognize the need for regulation of the use and application of DNA technology. However, the bill has some alarming provisions that could be misused for caste or community-based profiling. 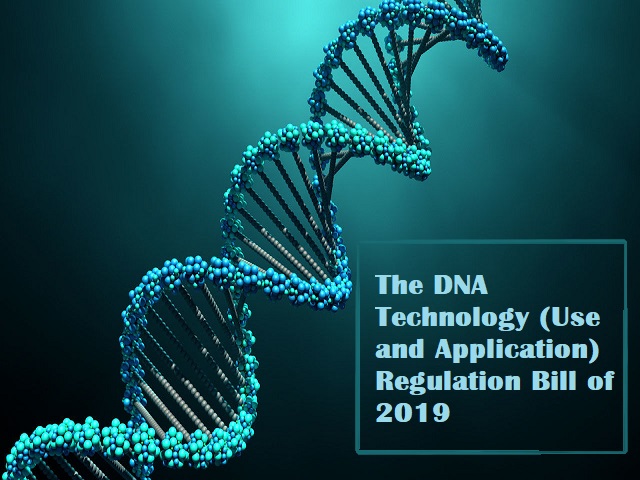 The DNA Technology (Use and Application) Regulation Bill of 2019

On January 8, 2019, Lok Sabha passed 'The DNA Technology (Use and Application) Regulation Bill - 2019' to recognize the need for regulation of the use and application of Deoxyribonucleic Acid (DNA) technology, for establishing the identity of missing persons, victims, offenders, under trials and unknown deceased persons.

However, the bill has some alarming provisions that could be misused for caste or community-based profiling, a draft report of the parliamentary standing committee headed by Congress leader Jairam Ramesh on science and technology has flagged.

From CAA to Revocation of Article 370: List of Civil Bills passed in 2019

What does the committee flag in its draft report?

The Committee in its draft report stated that DNA profiling can reveal sensitive data about an individual. As per the report, under the provisions of the Bill, access to such intrusive information can be misused to specifically target individuals and their families with their own genetic data. This is particularly worrying as it could even be used to incorrectly link a particular caste/community to criminal activities.

What does the database consist of?

The report further stated that the Act is a disregard to individual's privacy and other safeguards as it has provisions to store the DNA profiles of suspects, undertrials, victims and their relatives for future investigations. The report stated that with the help of the DNA database, the repeated offenders may be identified easily.

The Bill states that if a person is arrested for an offence that carries a punishment up to 7 years, written consent is signed by the individual before giving his DNA sample. However, this consent is only 'perfunctory'.

The Bill also permits to retain the DNA of an individual even if the person has been found innocent. Thus, the committee has urged the government to amend the provisions to remove the data of the individual who is innocent.

In the year 1994, the United States brought DNA Technology law. After this, approximately 60 countries enacted similar laws. In India, on January 8, 2019, the Bill was first passed in the Lok Sabha which has now become a law.