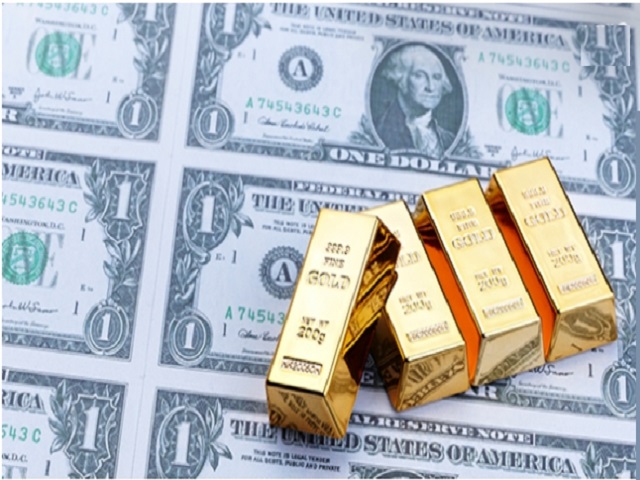 What is the meaning of Foreign Exchange Reserves?

This reserve is held to provide back up support to the government liabilities like; various bank reserves deposited with the central bank by the government or financial institutions and issuance of local currency by the Central Bank.  RBI is the custodian of the Foreign exchange reserves in India.

Most foreign exchange reserves are held in U.S. dollars, while China being the largest foreign currency reserve holder in the world. Its forex reserve was US$ 3,091,459 million (US$ 3 trillion) followed by Japan with US$ 1,368,567 million. It sounds good that India is in the top 5 countries. See the table below,

List of countries with the highest Foreign Exchange Reserve:-

The biggest contributor in this reserve is foreign currency assets i.e. US$ 448670 million followed by the gold (US$32906 million), SDR of US$ 1425 million, and reserve with the International Monetary Fund (IMF).

Purpose and Benefits of the Foreign Exchange Reserve:-

1. Foreign exchange reserves serve many purposes but the most significant objective behind its holding is to ensure that a central government agency (RBI in India) has backup funds if their national currency rapidly devalues or becomes all together insolvent.

2. Foreign exchange reserves are also used to influence monetary policy. If the value of domestic currency decreases due to an increase in demand of the foreign currency then the central government of India or other countries sells the dollar in the Indian money market so that depreciation of Indian currency can be checked.

4. A country with good forex reserves attracts a good chunk of foreign trade and earns faith in trading partners.

Other information about the Foreign exchange reserves:-

1. Most foreign exchange reserves are held in U.S. dollars because it is the most traded currency in the world.

4. India has the fifth largest forex reserve in India. 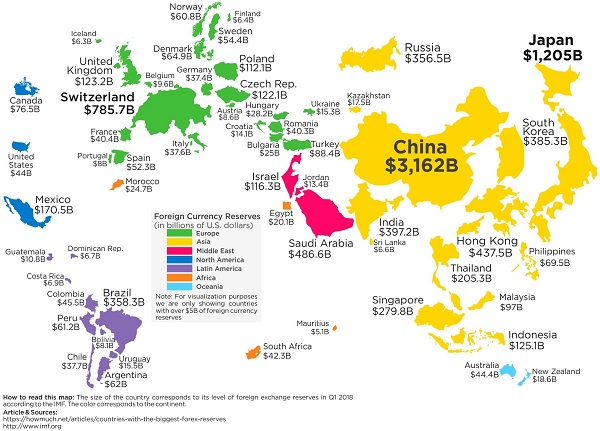 (This picture has a bit old data)

5. Indian forex reserves had touched a life-time high of USD 487 billion on March 6, 2020.
Economists think that it’s better to hold foreign exchange reserves in a currency that is not directly connected to the country’s domestic currency.

What is the New definition of Micro, Small, and Medium Enterprises?