Hong Kong National Security Law: China's parliament has passed a new Security Law for Hong Kong to crush its autonomous status. The law has been widely criticised by the US and its allies. However, India and ASEAN countries have stayed silent over the new law. 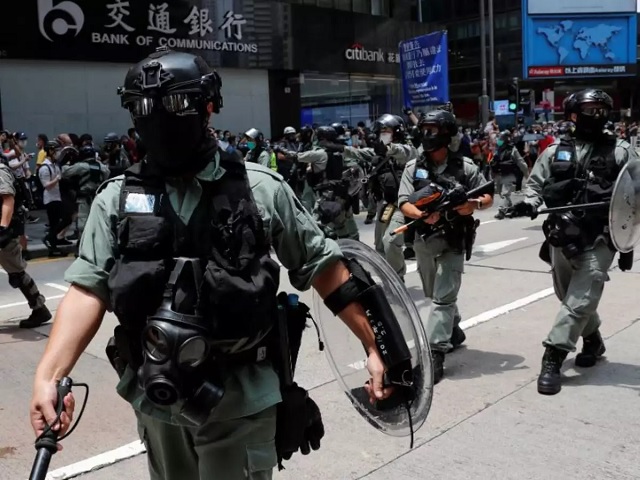 China's parliament has passed a new Security Law for Hong Kong to crush its autonomous status. The National Security Law states that China will oppose foreign interference in Hong Kong and will punish the foreign forces using it to carry out separatist, subversive, infiltrative or destructive activities.

The new security law that has been passed in China's parliament amends the Basic Law-- the mini-constitution which defines the ties between the Hong Kong and Beijing.

Boycotting Chinese products: Is it really possible for India?

Criticism against the Security Law

After China passed a new Security Law for Hong Kong, US President Donald Trump has announced that he will end the preferential treatment in trade and travel for Hong Kong. Also, the US government is pushing its allies to cast their disapproval against the National Security Law.

After the US, the United Kingdom, Australia and Canada have also condemned the approval of National Security Law for Hong Kong by China. Many activists around the globe have cited that this law is the end of the principle of 'one country, two systems'.

China's reaction to the criticism over National Security Law

Reacting to the widespread criticism by the US and its allies, China stated the new law is purely its internal affair and no foreign country is allowed to interfere in this matter. Apart from this, China sent demarches to India as well as other nations explaining the reasons to draft new legislation and to seek support amidst the widespread criticism over the National Security Law.

North Korea stated that China's decision is a legitimate step to safeguard the state security and extended its support to China over the National Security Law row.

Why India and ASEAN countries are silent?

Despite being the largest democracy in the world, India stays silent on the National Security Law for Hong Kong by China. This is because India has a 'non-interference' policy and it doesn't interfere in the internal matters of foreign countries. Another reason is the mutual understanding between the two nations-- China doesn't comment anything objectionable against India over Kashmir and in return, India doesn't comment on Hong Kong, Tibet and Xinjiang.

Although the ASEAN countries (Brunei Darussalam, Cambodia, Indonesia, Laos, Malaysia, Myanmar, Philippines, Singapore, Thailand, and Vietnam) have concerns regarding the autonomous status of Hong Kong, still none of them has pressurised Beijing. The major reason behind the silence is that all the ASEAN countries are economically dependent on China. Also, the Hong Kong National Security Law doesn't infringe or impact ASEAN member states.

What does the Basic Law states?

In the year 1997, Hong Kong was handed back to China by the British government, but under a unique agreement. This agreement is called 'Basic Law' and affirms the principle of 'one country, two systems'.

This mini-constitution is a product of the 1984 Sino-British Joint Declaration. Under this, China promised in 1997 that for the coming 50 years it will honour Hong Kong's liberal policies, the system of governance, an independent judiciary, and individual freedom that no other part of mainland China enjoys. The Basic Law will expire in the year 2047. Under Article 23, Hong Kong can enact its own National Security Law.

1- In the year 1997, the residents of Hong Kong have protested to protect the freedoms mentioned in the Basic Law. Since then, many such protests have been witnessed in Hong Kong.

2- In 2003, the Government of Hong Kong faced widespread criticism when it tried to enact the National Security Law. This was the first time when Hong Kong witnessed the first major pro-democracy protest.

3- In 2014, more than a lakh residents of Hong Kong protested against China and took part in the Umbrella Revolution. The protest was against China's denial of democratic reforms.

4- In 2019, the city of Hong Kong witnessed the largest protest till date against the proposed extradition law. The pro-democracy protest continued even after the withdrawal of the law.