Europe is a continent located entirely in the Northern Hemisphere and mostly in the Eastern Hemisphere. It is also called ‘Peninsula of Peninsulas’ and the ‘Peninsula of Eurasia’. In this article, we are giving important geographical facts about Europe continent, which is very useful for the competitive examinations like UPSC-prelims, SSC, State Services, NDA, CDS, and Railways etc. 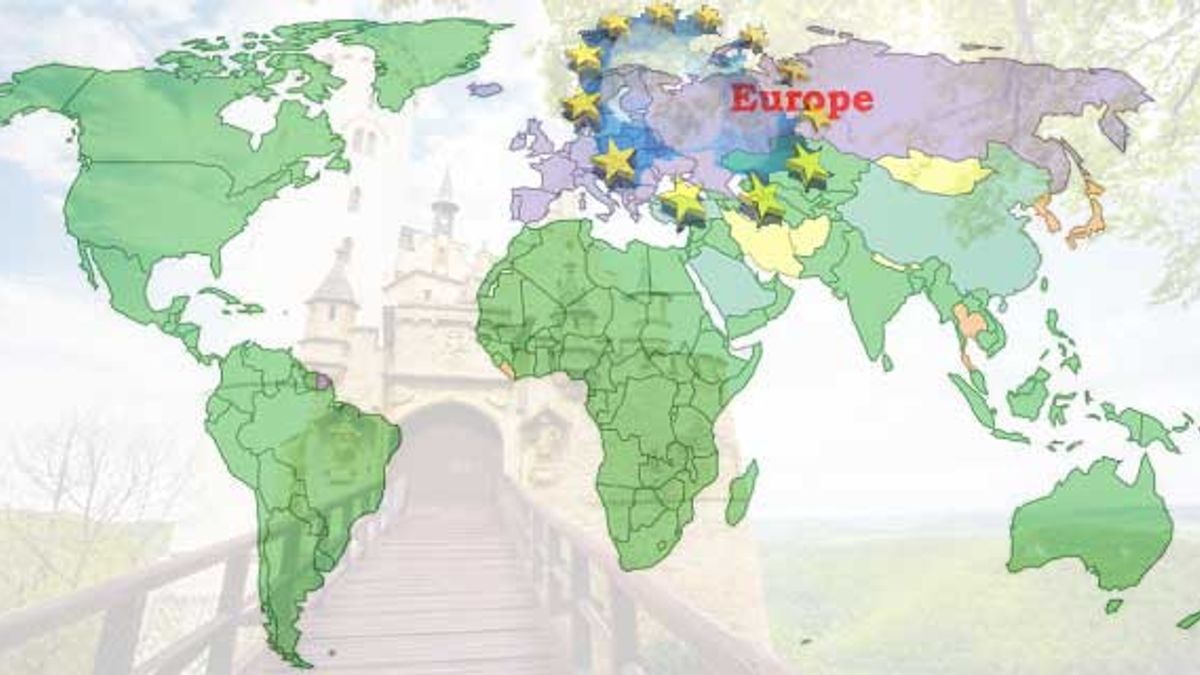 Europe is a continent located entirely in the Northern Hemisphere and mostly in the Eastern Hemisphere. It is also called ‘Peninsula of Peninsulas’ and the ‘Peninsula of Eurasia’. Eurasia is the name given to the combined land area of Europe and Asia.

2. It is separated from Asia by Caspian Sea and Ural mountains.

3. Norway, Sweden, Iceland and Denmark are together called ‘Scandinavia’.

4. In Netherlands (Holland), land has been reclaimed by pushing the sea water backwards for agricultural purposes. The embankments constructed to restrict the sea are called ‘dykes’ and the lands thus reclaimed are called ‘polder lands’.

6. Finland is called the ‘Land of Lakes’ because several lakes are formed due to the melting of ice-sheets.

7. Spain and Portugal together form the ‘Iberia’.

8. Yugoslavia, Greece, Romania and Albania, situated on the coast of Black Sea and Mediterranean Sea are called ‘Balkan states’.

9. Lithuania, Latvia and Estonia are together called ‘Baltic states’.

Do you know about the world’s oldest functional dam

11. Mt. Elbrus is the highest peak of Europe.

15. The group of Islands, prominent among them being Great Britain and Ireland, is called ‘British Isles’.

16. Trans-Siberian Rail Route is the longest rail route in the world. It connects St. Petersburg in the west and Vladivostok in the east.

18. The Volga is the longest river in the Europe, which has been connected with Don River and hence forms a waterway for the vessels from the Black Sea into the interior parts of the continent.

19. Rhine River is the busiest waterway of Europe.

21. Seine River of France falls into the English Channel.

23. Grassland: Pustaz in Hungary and Steppe in Ukraine.

26. According to the agricultural census, Europe produces 90% of Oat, 50% of Barley and 25% of wheat yet it has to import the food grains.

27. Nearly three-fourth of potato produced in the world is grown on European soil.

28. Number of Countries: According to the United Nations, there are 44 countries in Europe.

30. Moscow is called the ‘Port of Five Seas’. It is connected to five seas through rivers and canals. The five seas are Caspian Sea, Black Sea, Baltic Sea, White Sea and Lake Ladoga.

31. International Seed bank is established in the Swelbard Island of Norway.

The term Europe as a geographical term for the first time is used in the Homeric Hymn to Delian Apollo, in reference to the western shore of the Aegean Sea. This continent is lies in the temperate climatic zone, which is influenced by the westerlies. The geological history of Europe traces back to the formation of the Baltic Shield around 2.25 billion years ago.