South America is a continent located in the western hemisphere. It is the fourth largest continent. About 2/3 part of this continent lies in the tropical region, south of the equator. In this article, we are given important geographical facts about South America, which are very useful for the preparation of competitive examinations like UPSC-prelims, SSC, State Services, NDA, CDS, and Railways etc. 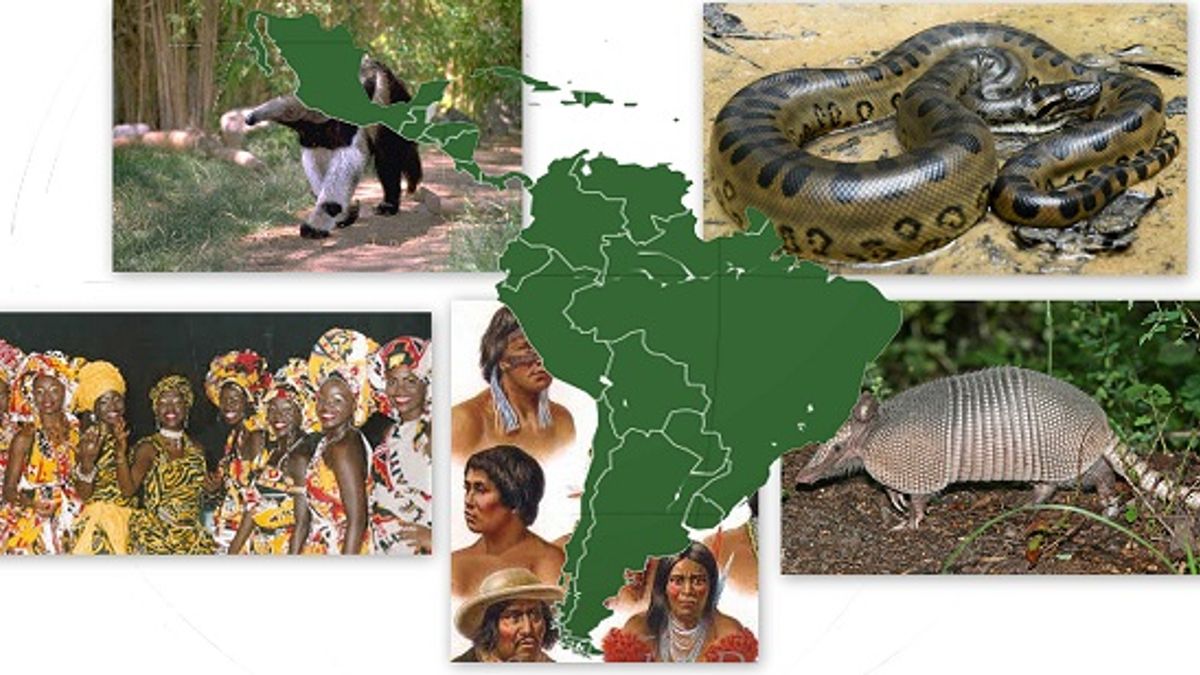 South America is a continent located in the western hemisphere. It is the fourth largest continent. About 2/3 part of this continent lies in the tropical region, south of the equator. Its northern part is broad and it gradually tapers towards the south making peninsula.

2. It is situated between the Atlantic and the Pacific Oceans.

3. It is connected to the North America through the Isthmus of Panama.

4. The island of Tierra del Fuego lies in the extreme south of this continent and the southernmost tip of this island is called the ‘Cape Horn’.

5. Andes Mountain Range (Fold Mountain) lies in this continent which is the second highest mountain range of the world, after Himalayas.

6. Mt. Aconcagua is the highest peak of this continent.

7. The Bolivian plateau is situated between Andes Mountain Range.

8. Mt. Cotopaxy lies in this continent which is the highest active volcano of the world.

9. The capital of Ecuador i.e. Quito is the highest capitals city of the world.

10. Easter Island of this continent is an isolated Polynesian island famous for its mysterious history and giant stone statues.

11. Brazil is the largest country in South America.

13. Amazon is the most voluminous and the second longest river of the world. It originates in the Andes and after passing through Brazil, drain into the Atlantic Ocean.

16. The highest navigable lake i.e. Lake Titicaca (on the border of Bolivia and Peru) is situated on the Bolivian plateau.

18. The Angels Fall is the highest waterfall in the world is situated on the plateau of Guyana.

21. The ‘Galapagos’ island of Ecuador is the natural fertility centre of Olive Ridley Turtle.

24. Brazil, Columbia and Ecuador are one of the largest producers of coffee in the world.

25. In the Pampas region of South America, highly nutritious alfalfa grass is grown.

26. Chile is the largest producer of Nitrate in the world.

27. Chuquicamata plateau of Chile is famous for the production of copper. It is known as the ‘Copper Capital of the world’.

28. Region of Mediterranean climate in the western coast, Plain region regions of Argentina, and Eastern coast of Brazil are the densely populated areas of South America.

South America, Central America, Mexico and West Indies are together called the ‘Latin America’. Latin is considered the mother language which gave birth to such European languages as Spanish, Portuguese, and Italian. It is home to a range of climate classifications, from equatorial to tundra. Hence, it is extremely biodiverse, with numerous unique species of flora and fauna.