In 2019 there are 3 more cricketers have been inducted in the ICC hall of fame. These are; Sachin Tendulkar, South African great Allan Donald and Australian Cathryn Fitzpatrick.

The ICC Cricket "Hall of Fame" recognises the achievements of the legends of the cricket.

The existing members of the Hall of Fame assist in the selection of future inductees.

Since 1932 till date just 6 Indians have been included in this list. Sachin Tendulkar, the former master blaster is the latest Indian player who is included in the list of ICC hall of fame in 2019. 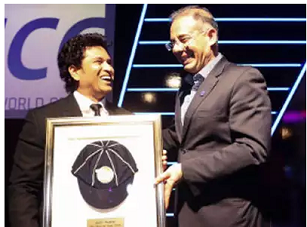 A player is eligible to be inducted in the fame list only after the mandatory period of 5 years since his /her  retirement from International cricket.

Cricket is considered the game of men; perhaps this is the reason that out of 90 players only 8 women have been included in the list so far.

The list of Indian players who are inducted in the ICC fame of list is as follows;

Since 2 January 2009, there are 90 players have been included in the ICC hall of fame list. The most numbers of players 28 are from England followed by the Australia (26) and West Indies (18). 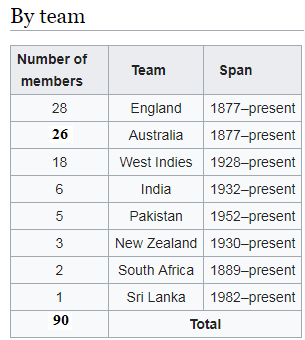 Some intresting facts about ICC Hall of fame are as follows;

1. There are eight women in the Hall of Fame.

2. Initial there were 55 inductees in the FICA Hall of Fame which ran from 1999 to 2003 but further members are added each year during the ICC Awards ceremony.

3. Rachael Heyhoe Flint, former England women's cricket team captain became the first woman to be included in the Hall of Fame in 2010.

4. There is no Indian women cricketer included in this list.

5. Australian Rodney Marsh was the first member of the initial inductees who receive commemorative cap of hall of fame.

6. Bishan Singh Bedi was the first Indian player in the ICC hall of fame list.