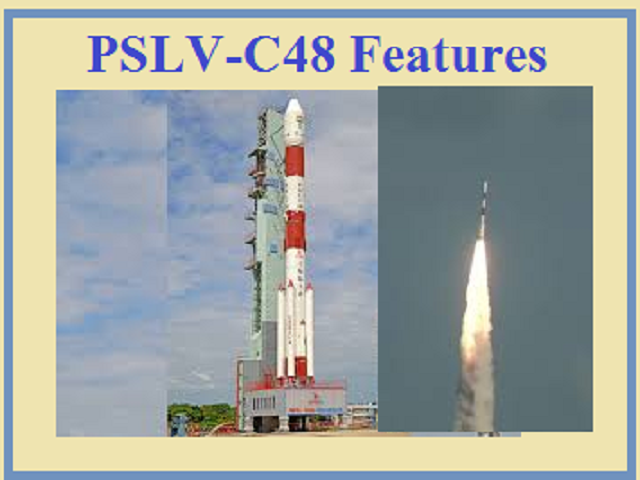 About PSLV-C48 and RISAT-2BR1 features

Do you know that PSLV-C48 is the 50th mission of PSLV that successfully injected India’s newest defence satellite RISAT-2BRI in a 576 km orbit from the First Launch Pad (FLP) of Satish Dhawan Space Centre (SDSC) SHAR, Sriharikota?

Also, PSLV-C48 carried 9 customer satellites including Israel(1), Italy(1), Japan(1), and USA(6) as co-passengers. These satellites were launched under a commercial arrangement with NewSpace India Limited (NSIL). Let us tell you that PSLV-C48 is the second flight of PSLV in the 'QL' configuration with 4 strap-on motors. And is the 75th launch vehicle mission from SDSC SHAR, Sriharikota and 37th launch from the First Launch Pad.

The specifications of PSLV-C48 mission are as follows:

It is a radar imaging earth observation satellite. Its function is to help in agriculture, forestry, and disaster management support.

- It will be placed in the low-earth orbit of 576 km at an inclination of 37 degrees.

- It has a capability of Synthetic Aperture Radar (SAR) that will provide all the capabilities of weather where radar surveillance is concerned.

- By using SAR, it will penetrate clouds and observe images on the ground by sampling distance of around 35 cms.

- The payload is X-Band Radar.

- The life of the mission is 5 years.

They are launched under commercial arrangements with NewSpace India Limited (NSIL).

What is CARTOSAT-3 Satellite and its features?