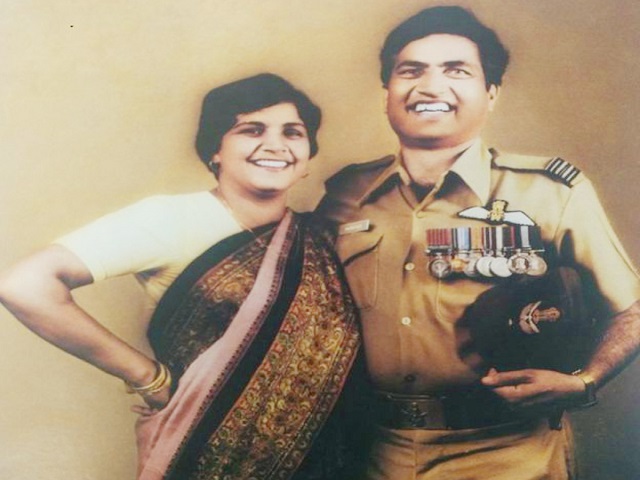 Rajesh Pilot was an Indian Politician, agriculturist, social worker and a former Indian Air Force (IAF) officer. He was a member of the Indian National Congress Party and represented the Dausa constituency. June 11, 2020, marked his 20th death anniversary. His son Sachin Pilot is the Deputy CM of Rajasthan.

Rajesh Pilot was born on February 10, 1945, as Rajeshwar Prasad Singh Bidhuri in the village Baidpura, Ghaziabad, India. He moved to Delhi to work as a milkman in his uncle’s dairy but was ambitious. His father's name was Jai Dayal Singh. Rajesh completed his graduation in Flying Educated at Meerut University, Meerut (Uttar Pradesh) and New Delhi.

In 1979, Rajeshwar Prasad, under the influence of his friend Rajiv Gandhi (former PM of India), resigned from the post of the Squadron leader while posted in Jaisalmer and joined politics.

1- In 1980, Rajeshwar Prasad contested the 7th Lok Sabha Elections from Bharatpur as an INC candidate and changed his surname from Prasad to Pilot. He won his first election against the former queen of Bharatpur and later emerged as a prominent Gujarat leader.

3- During 1985-1989, Rajesh Pilot served as the Union Minister for Surface Transport, Government of India.

5- In 1988, on an official visit to the Netherlands, Rajesh's Dutch counterpart arranged an RNLAF F-16 for him to fly. On his return to India, Rajesh Pilot was invited by the Indian Air Force to test Mig-29.

6- In 1991, Pilot contested and won the 10th Lok Sabha elections. During 1991-1993, he was the Minister for Telecommunication, Government of India.

7- From 1992 onwards, Pilot became the member of the Congress Working Committee (C.W.C.).

8- He also served as the Minister for Internal Security, Government of India from 1993-1995.

13- From 1998-1999, he served as a member in Committee on Defence and its Sub-Committee -I; Consultative Committee, Ministry of Defence.

1- After his death in a car accident, India Post issued a commemorative postage stamp of Rs. 5.

2- Two roads, 'Gurjar Rajesh Pilot Marg' in New Delhi and 'Rajesh Pilot Rd' in Gurugram are named after him.

Rajesh Pilot won several medals during his service in Indian Air Force. These are as follows: