What is the function of hydrogen in the human body? 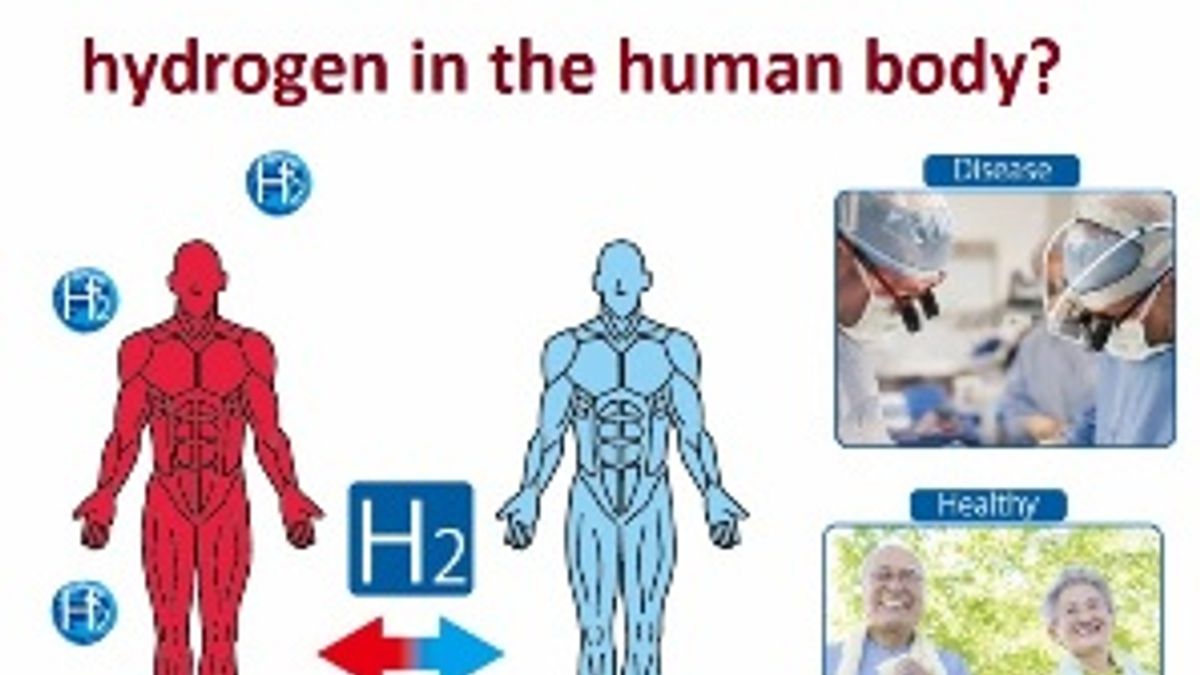 What is the function of hydrogen in the human body

Hydrogen is the most abundant element in the Universe. Approx 90 percent of all atoms are made up of hydrogen. It is an element which is present in all the fluids of the human body which allows the toxins and waste to be transported and eliminated. With the help of hydrogen joints in our body remained lubricated and able to perform its functions. Even immune system remains healthy because of it. Therefore it is not wrong to say that hydrogen is an element that plays an important role for the existence of life in the world and is present everywhere.
What is Hydrogen?
Hydrogen is the first and the lightest element in the periodic table in Chemistry. Do you know that it mainly occurs in the gaseous state? It is an insipid element which does not have taste, colour and odour, but is highly flammable. Its chemical symbol is H and atomic number is 1. Its atomic weight is 100797 g/mol. It was recognised as a unique gas by Robert Boyle in 1671, who dissolved iron in diluted hydrochloric acid. There are three isotopes of hydrogen having same atomic number but different atomic masses: protium, deuterium and tritium.
Function of Hydrogen in the Human Body - Most of the matter in the universe whether planets etc. are mainly composed of hydrogen only.
- Water is a basic resource necessary for the survival of any form of life on earth and is made up of hydrogen and oxygen (H2O).
- Hydrogen is found in sugar, proteins, starch and fats which are important part of human diet.
- Hydrogen is an important component of water. Because of water, cells of the body remains hydrated and help in removing toxins from the body. Nutrients are also transported to the cells, joints remains lubricated and make immune system strong.
- Hydrogen helps in producing energy in the body. As, we know that human body uses energy in the form of ATP (Adenosine tri phosphate). We consume energy giving food like carbohydrates which is made up of carbon, hydrogen and oxygen. Enzymes present in our body helps in digestion of food and break down complex food in to simpler ones.
- Hydrogen is responsible for slowing down the aging process of the body. Do you know that aging is caused by the substance present in the body called free radicals? Hydrogen is stored in the tissues of our body which protects us from the damage that free radicals could do.

Role of Chemistry in Human Life

Source: www.altered-states.net.com
- Molecular hydrogen provides medical help to many people as it elevates oral medicine to the level of intravenous medicine because of quick absorption and dispersion deep in to the cells.
- Molecular hydrogen is an ideal antioxidant molecule for oxidative stress in the mitochondria due to its small size. Drinking hydrogen dissolved water improves the pathology of mitochondrial disorders and also it stimulates energy metabolism as measured by oxygen consumption and carbon dioxide production.
Uses of Hydrogen

Source: www. upload.wikimedia.org.com
- It helps in ammonia synthesis.
- In fuel refinement hydrogen is also used.
- Hydrogen is used as a fuel in the rocket in combination with oxygen.
- Hydrogen is consumed in catalytic hydrogenation of unsaturated vegetable oils to obtain solid fat.
- In internal combustion engines hydrogen is burned.
- Hydrogen is a useful energy source because it burns very cleanly, unlike fossil fuels. It does not emit dangerous gases, no carbon emissions.
- Hydrogen is used in lamps, balloons, as a coolant for batteries and even in some of the most deadly weapons like hydrogen bomb.
From the above article we come to know that hydrogen is a very important element. It is essential for human being as it act as a lubricant for joints, important constituent of the nutrient etc. It is an important source of water.

What are the diseases caused due to lack of water?