Interview Experience by IAS Toppers offer Preparation tips to IAS candidates aspiring for career through UPSC Civil services. Striking answers given by IAS Toppers to the wired and tricky questions asked in UPSC IAS interviews. Here, we provide some attractive tips and experiences of IAS Toppers to better understand the process of IAS Interviews. 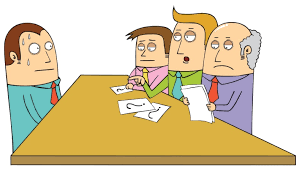 The IAS Exam journey is like a suspense driven thriller movie and IAS interview is that climax, which gives meaning to the whole movie. Generally, the aspirants who arrive at the interview level are well equipped with facts and IQ, but IAS interview is not the test of knowledge. IAS Interview is a vigorous procedure to understand how dynamic your personality is. Moreover, even the summon letter issued by the UPSC also specifies that it is not a test of knowledge but a test of personality.

This is one stage where you have to prove whether you have what it takes to be a civil servant. Time and now, many IAS Toppers have shared their success stories and most of them have reiterated the importance of Interview in their Journey. One specific and common viewpoint on interview preparation is that it is not a time bound affair as it tests your aptitude for the services.

It takes willpower to build that hearty personality which will serve in the most prestigious job in the country. In India, this is the only job that grants you the power to transform wrong doings into right acts. Let’s learn from the experiences of IAS Toppers who had to face tricky questions in their IAS interview.

Chandra Mohan Garg (IAS, RANK 25 (CSE 2015)) was asked questions like what you have been doing since you left your job? Suppose Netaji would have been alive today, what would have happened in India? Did you register for the community project for fun or just a part time thing?

But he answered all these tricky questions calmly and intelligently. It is quite evident that IAS interview is not just a basic personality test, but a test of patience and stress handling capacity of an individual.

According to Mr. Chandra Mohan, the Questions asked are very diverse and mostly related to the information you fill in your detailed application form. Some questions might be asked from current events, general awareness, decision making and HR. He specifically highlights the things that doesn’t matter much are your background, looks, attire, and command of language and the things that do matter are your Clarity in views, knowledge of subject matter, pleasing personality, and confidence.

Bhavesh Mishra (Rank-58, IAS 2015 batch, B.Tech IIT Delhi) was asked questions like; if your hobby is language learning then can you write your name in Tamil? Give some reasons why Bollywood will super cede Hollywood in the 21st century. Why IIT students don't join DRDO? All these questions are very challenging and require instant intelligence. Mr. Bhavesh found his board members helpful, but all these unconventional questions were purposed to test his quick response mechanism.

It is really baffling to structure an ideal response to a question like why IIT students don’t join DRDO because it really questions your whole desire to serve the country. It’s a question of integrity as to why an engineer doesn’t want to serve his/her nation by joining engineering services?

These Steps made them IAS Toppers 2015

Akanksha Bhaskar (UPSC CSE 2014-AIR 76, MBBS) was asked questions mainly from her DAF but she was also asked which mountain was the tallest in the world before the discovery of Mt. Everest? With her experience, it’s apparent that as much uncertain or irrelevant the question may be, it seems reasonable to the interviewer. So it’s better to politely say no to a factual question which you don’t know the answer to.

Ms. Dhivya Loganathan (IAS in 2015 batch) was asked questions like; do you know anything about the U.K. Elections. What were the significant features of that election and how is it going to be important? How do the gains made by Scotland national party affect the UK? What is the full form of the UK? Why is it called the United Kingdom? How many provinces are there in the UK and what are they? And finally, draw the map of the UK? And to the last question, even the broad members were laughing.

Its struggles even to think, how the candidate is supposed to know all this and why so much detail on a small topic that is not even related to India. But you must understand the interviewer is not testing how well you know the political state of the UK. The interviewer is interested to know if you can withstand the stress developed by such rapid questions.

Another unpredicted interview was of Agam Jain (Indian Police Service) who was asked how you will help in the administration as an engineer. If History repeats itself than explain what had been repeated in modern history out of ancient and medieval history. Which is an easier option between Hardware the software?

Apart from all these successful candidate’s experiences, let’s also take examples from the candidates who could not qualify interview. One such candidate was asked very strange questions like can you tell why sparrow watching in big cities, like Delhi, is declining. And do you know the name of first sparrow watcher in India?

But he didn’t panic and answered that one of the main causes for the decline of sparrow watching is the immense pollution in big cities and moreover, a few decades ago, sparrow watching would not be considered as a hobby as there were sparrows everywhere but it has become a “hobby” now because they are almost endangered. This is the best response to an unpredicted question. If we have to describe in one word, it was a “brilliant” answer.

Ajita Agarwala (Civil Servant, AIR 552 CSE 2014) was asked questions like why are the poor in San Francisco not so poor. Why do you sing contemporary songs? Don’t you think the lyrics have degraded in the past so many years? Are there some leaders who have the same name as yours?

Since there is no defined standard, it is difficult to generalise the type of questions that are really being asked in the IAS interview, but to a large extent, it depends on the Board taking your interview. Each board has its chairman and members and then there are many boards; so there is no uniformity. It seems that the chairman of the board has maximum power to give the candidate his final marks.

So the major suggestion from the above discussion will be to focus on CSE-Mains (written) and try to score as much as the candidate can. If he/she scores well in written, it eases out pressure on him/her to perform exceptionally well in IAS Interview.