These Steps made them IAS Toppers 2015 - Tina Dabi, Athar Amir and Jasmeet Singh 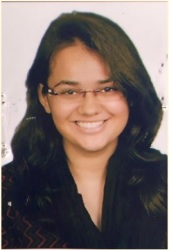 These following steps made them UPSC Toppers 2015 in a simple manner. Read the IAS Toppers Strategy  from  Tina Dabi, Athar Amir and Jasmeet Singh to clear IAS Exam 2016.

Union Public Service Commission on 10th May, Tuesday declared final result of the prestigious Civil Services Exam and for second year in a row the top position has been bagged by a girl. 22 year old Delhi girl Tina Dabi is ranked first in this year’s final list. This was her first attempt and her optional subject was Political Science.

Tina is a graduate from Lady Sriram College and has done her schooling from Convent of Jesus and Mary School. She has been a meritorious student throughout her academics, scoring above 90% in her 10th and 12th standard, as well as being a University Gold Medallist for Political Science.

When asked by a news channel about her preparation strategy, Tina said that she had made up her mind to be a Civil Servant when she was in just 11th standard and that is why she chose humanities over science as specialisation subjects. Tina would study 8hours a day on an average and take small breaks in between.

She says that since studying all the time can get monotonous she pursued her hobby of reading Jane Austen and other novels a lot. She did not have any specific strategy for prelims and mains per se but for prelims she focused on CSAT more as she comes from a humanities background.

To prepare for her optional Political Science, Tina says she focussed on having clarity of basic concepts and re reading her text books. She also recommends to keep changing study topics and subjects at regular intervals to keep oneself from getting bored of studies. She had also joined a coaching institute for a year and enrolled for a mock test series as well.

Tina gives the credit of her success to her family especially her mother, Himali Dabi who is herself a trained engineer. Her father is Jaswant Dabi works for the Telecom department and the family lives in BSNL Colony, Central Delhi.

This year’s second rank holder of the exam is Athar Amir Ul Shafi Khan from the state of Jammu & Kashmir. At 23 he is the youngest from the state to have cracked the prestigious competition.

This was Athar’s 2nd attempt. He started preparing while in college. In his first attempt in 2014 he had scored a rank of 560 and is already a part of Indian Railway Traffic Services, undergoing training in Lucknow.

Athar had always been a brilliant student. He did his engineering from IIT Himachal and has in fact cracked other tough exams like CET, AIEEE, BITSAT as well.

Athar says that Shah faisal who was ranked 1 in 2010 and also from the valley inspired him to appear for the Civil Services. When asked about his key to success he says right guidance at the right time with hard work and commitment are a must. Though he comes from a science background, his optional subject for mains for both his attempts was Philosophy.

He had also joined a coaching institute in Delhi for a year but emphasizes on self study as being most essential. He recommends reading standard text books and newspapers such as The Hindu, Indian Express, Yojna Magazine and keeping an eye on online blogs and information available on various websites.

Athar hails from Devipora Village, Mattan in South Kashmir’s Anantnag District. His father Mohammad Shafi Khan is an Economics teacher at Government Higher Secondary School, Anantnag and his mother is a home maker.

Bagging the Third Rank in the prestigious exam is another Delhite Jasmeet Singh Sandhu. This was Jasmeet’s 4 th attempt and he is already working as an Assistant Commissioner in the Indian Revenue Services.

Jasmeet Started preparing in 2010 but could not clear Civil Services in the first 2 attempts and got into IRS in his 3rd attempt. His optional for the Mains Examination was Psychology.  He took coaching only for a month and prepared for exams on his own. He attributes his success to consistent hardwork.

Jasmeet is a graduate from IIT-Roorkee and his father works for Indian Council for Agricultural Research (ICAR) .

This year’s 4th ranker is 26 year old Artika Shukla hails from Varansi, UP. She is a doctor by profession, having completed her MBBS from Maulana Azaad Medical College, New Delhi. She later quit her MD course from SGPGI Chandigarh to pursue her dream to be a Civil Service Aspirant.

This was Artika’s first attempt and her optional subject was Medicine. She did not join any coaching institute but took guidance from her brother who is already in Indian Railway Traffic Services, 2012 batch. She did later go for Mains Test Series and Mock Interviews. She attributes her success to hard work and single minded focus.

Artika’s father Mr. B.K Shukla is a paediatrician from Varnasi and her mother is a homemaker .