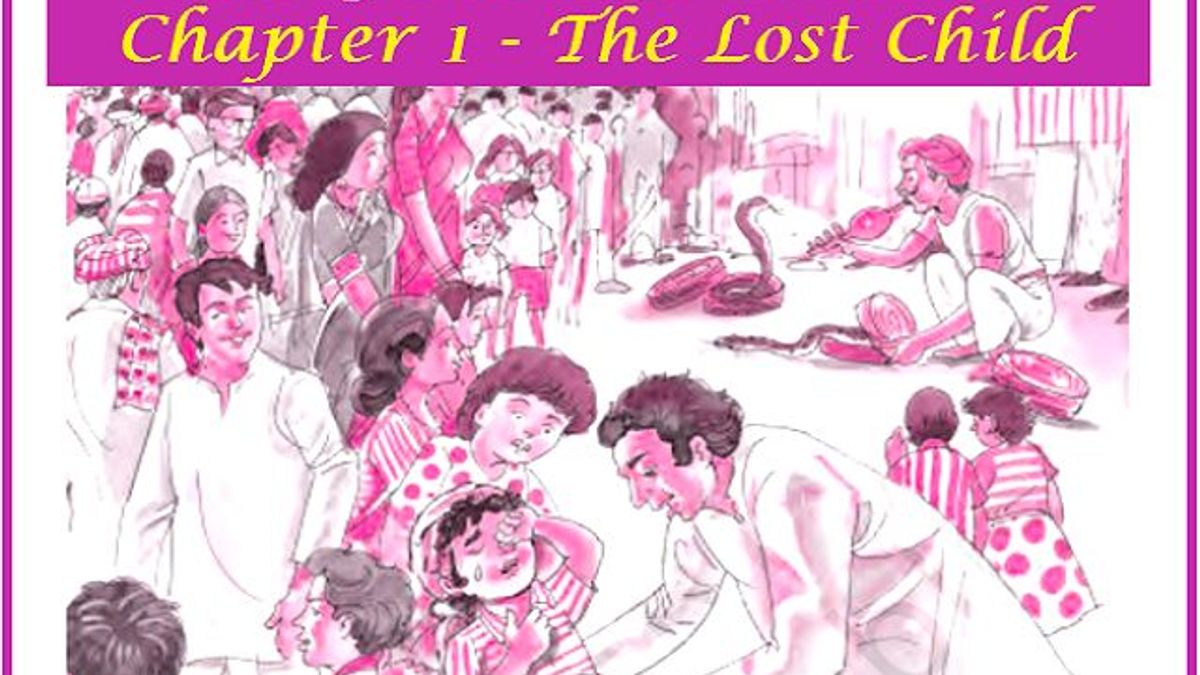 Get NCERT Solutions for Class 9 English Moments Chapter 1 - The Lost Child here for free PDF download. NCERT solutions help you understand the right criteria to answer the questions in the examinations. We have provided here the precise and simple answers to all questions given in the NCERT Class 9 Moments Chapter 1. All the answers are explained as per the CBSE guidelines and are quite helpful for the preparation of the Class 9 English Exam.

1. What are the things the child sees on his way to the fair? Why does he lag behind?

The child saw a number of things on his way to the fair. He saw toys at the shops. Then he saw a flowering mustard field. He saw dragon flies and butterflies fluttering their wings. He also saw little insects and worms along the footpath.

The child lagged behind because he was fascinated by all the things coming on his way to the fair. He followed the dragon flies and butterflies with his gaze and tried to catch them. As he entered the grove, a shower of young flowers fell upon him. He stopped and tried to collect all of them. When he heard the dove, he ran in wild capers round the banyan tree looking for it. Therefore, he lags behind.

2. In the fair he wants many things. What are they? Why does he move on without waiting for an answer?

At the fair, the boy wanted many things. He wanted to:

The boy moved on without waiting for an answer because he knew his parents very well and was sure that his request would be denied at each step.

3. When does he realize that he has lost his way? How have his anxiety and insecurity been described?

After getting fascinated by a number of things, when he finally reached a roundabout, he stopped to observe it moving in full swing, with men, women and children enjoying themselves on it. Then he turned to his parents to ask for permission to go on the rounds but he heard no reply. At that time he realized that he lost his way. He looked all around but there was no sign of them. A full, deep cry rose within his dry throat and with a sudden jerk of his body he ran from where he stood, crying out in real fear “Mother, Father.” Tears rolled down from his eyes. Panic-stricken, he ran from one side to the other, in all directions to find his parents. His yellow turban came untied and his clothes became muddy.

4. Why does the lost child lose interest in the things that he had wanted earlier?

5. What do you think happens in the end? Does the child find his parents?

Yes, I think the child would have eventually found his parents with the help of the man who tried to console him by offering him various things at the fair. He seemed to be a reliable and kind hearted person. He would have asked the child for a description of his parents and helped him to unite with them. Also, the parents of the child, who continuously kept checking to see that he was with them, must have left no stone unturned to find their child.