The profile of Commercial Apprentice with Indian Railways is considered to be quite a lucrative job profile within the executive setup that offers great remuneration in terms of salary and perks.

Being one of the largest recruiters in the world, Indian Railways announces several technical and non-technical job profiles that are quite popular among the youth of the country. However, there is another set of Railway jobs that are niche in nature and do not get enough attention from aspiring candidates willing to be the part of Indian Railways.

In addition to this, the profile CA as it is commonly known provides excellent career path with regular promotions and chance to reach the mid to high-level positions within the organizational structure of the Indian Railways.  For candidates who aspiring for the position of Railway Commercial Apprentice jobs, we have compiled all the necessary information about it including job profile, career path, salary and perks as well as the highlights of the selection process below:

Job Profile of a Commercial Apprentice

After completion of their two-year training period with the Indian railways, the commercial apprentice candidates are appointed any of the aforementioned positions including chief commercial clerks, parcel clerks, goods clerks initially. Later on, they can also be appointed as commercial inspectors with the railways. 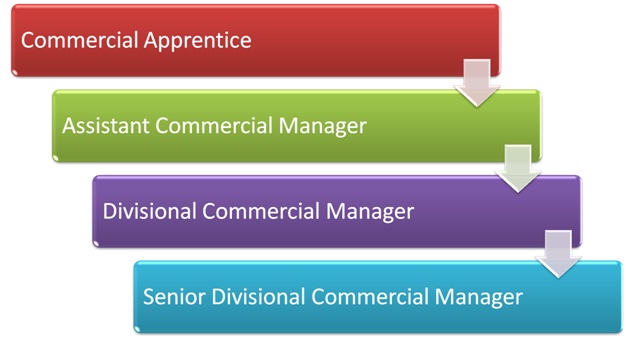 Commercial Apprentice is a central government job profile and, therefore, the salary and perks offered are at par with the central government employees. The post of commercial apprentice falls under the pay scale of Rs 9300 to 34800 with Grade pay of 4200/-. Apart from this, commercial apprentice candidates can also avail the benefit of Rs 9300/- initial pay as part of their overall package. In addition to these, a Commercial Goods Clerk may draw other allowances like DA, TA and HRA depending upon the pay structure at the time of appointment.

In terms of deductions, all the employees of Indian Railways have to contribute 10% of total pay towards the New Pension Scheme, which should also be considered by the aspiring candidates.

Candidates interested in becoming Railway Commercial Apprentice should hold valid graduation degree from a recognized Indian university. In addition to this, applicants having Diploma in Rail Transport & Management from Institute of Rail Transport will be given preference in the selection procedure.

Commercial Apprentices with the Indian Railways are selected through an online computer based written test that is conducted in a single stage. Details about the selection procedure and recruitment test are given below: