School uniforms are viewed as an essential part of early education as they fill them with a sense of belonging and pride and also educate them for the future. But there are some who believe that school students should be given a choice to wear the clothes of their choice. This article views both the aspects of the debate.

When we talk about school uniform we envision a school student dressed up neatly in a set of shirt and trouser or shirt and a skirt as the case might be, with a tie nicely placed around the neck, and depending on the decorum of the place, a school blazer with the school logo on the top left pocket.

For decades, many schools have made it mandatory for their students to report to school in full prescribed school uniform and with time there are few people who are questioning the need to put on a similar piece of garment that a student has to wear most probably against his will. 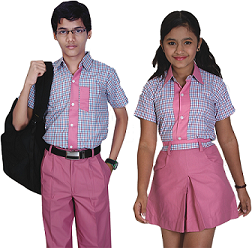 So, the debate is about whether the school should continue with the practice of uniforms or make a transformation and allow students to wear clothes of their choice.

Yes, students should wear uniforms: The very concept of school uniform is a mature one. It is based on the model of equality, smartness, and sense of belonging. I am sure that students feel proud to wear the uniform of their school. Wearing a uniform is a symbol of dignity and it creates one unique identity for all the students. Uniforms also prepare students for the time when they will step into the real world and become a professional and then they will be required to wear formal clothes.

When students wear school uniform they appear as one, or similar as there is no distinction based on clothing. This also helps in maintaining discipline and focus on schoolwork thus making it easier for students to perform better at school. Just like sports teams wear the same uniform and play together as a squad, students who wear uniforms give the feeling of oneness and belonging.

Students and parents don’t have to worry about peer pressure, financial pressure, or any inferiority complex as with uniform everyone is dressed the same way. There is no rivalry about who is dressed in the classiest, expensive, and fashionable attire. Hence, the uniform is a great leveller as it puts all students at the same level, creating unity in diversity, and acting as a strong link between students from diverse backgrounds. 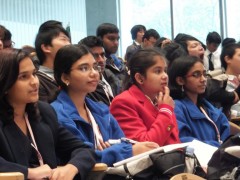 This very idea sounds coercive and more of a show-off. The line of reasoning being that by wearing uniforms students will automatically become sophisticated is baseless. In these new times to wear same clothes every day and hang a tie around the neck are symbols of restriction. It amounts to deny students their right to freedom of expression and individuality.

Students face so many problems at schools which should be addressed first and not hidden behind the necessity of uniforms.

Let the students feel free without being bound by attires. Leave them free to make their own choice as to what they want to wear at school and they will perform much better. When students will feel comfortable in what they wear they will be much more efficient and creative.

We want our society to develop and that process starts with schooling. If we impose restrictions at that level itself then it will harm an individuals’ personality and restrict self-expression. Those who argue about the monetary part and whether the parents would be able to afford the clothes should realise that not everyone is financially equal. It is not a perfect society and discrepancies will always be there. So why not prepare school students for the real future.

It will only instil confidence in students as they will make their own choices about their clothes. It will teach them to be self-dependent and empowered. It will boost their self-belief and also enhance their individuality.

Success or happiness - what is more important?

Television; a boon or bane for students?