The 8th Theatre Olympics was inaugurated by Vice President Venkaiah Naidu on February 17, 2018 at Red Fort in New Delhi. 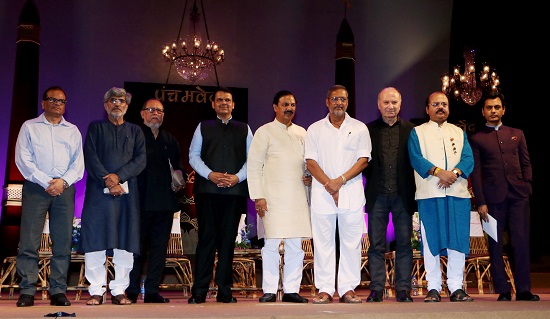 The historic event of 8th Theatre Olympics concluded on April 9, 2018 in Mumbai after a glorious run of 51 days across 17 cities of India. Devendra Fadnavis, Maharashtra Chief Minister, was the Chief Guest at the closing ceremony.

Over 400 artists from various parts of the country took part at the closing ceremony.

Union Minister of State of Ministry of Culture Mahesh Sharma and eminent theatre and film personality Nana Patekar were Guests of Honour at the closing ceremony of the event.

• The 8th Theatre Olympics was inaugurated by Vice President Venkaiah Naidu on February 17, 2018 at Red Fort in New Delhi.

• This edition of Theatre Olympics brought together around 25000 artists under the theme 'Flag of Friendship'.