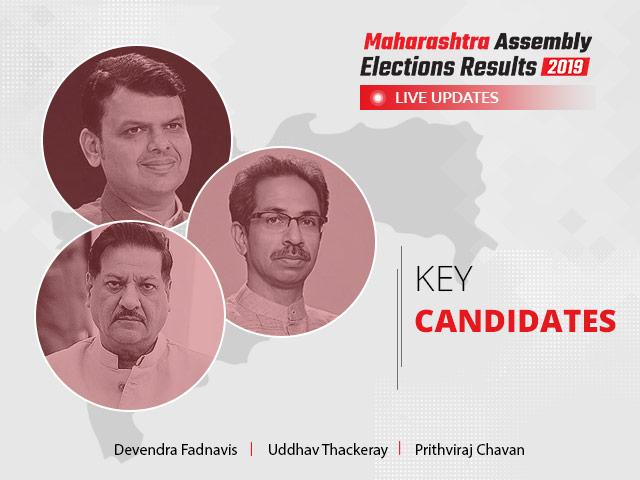 Prithviraj Chavan won from Karath South by over 15000 votes, while Ashok Chavan registered a massive victory in Bhokar constituency by over 96000 votes. Dhananjay Munde also secured a huge victory in Parli, serving a huge defeat to his cousin and sitting MLA Pankaja Munde, who was seeking re-election from the constituency.

Aaditya Thackeray, the Yuva Sena chief has won from Worli by over 67,000 votes. This is a historic win, as he is the first member of the Shiv Sena family in 50 years to enter the political battle and contest and win an election since the founding of the party. 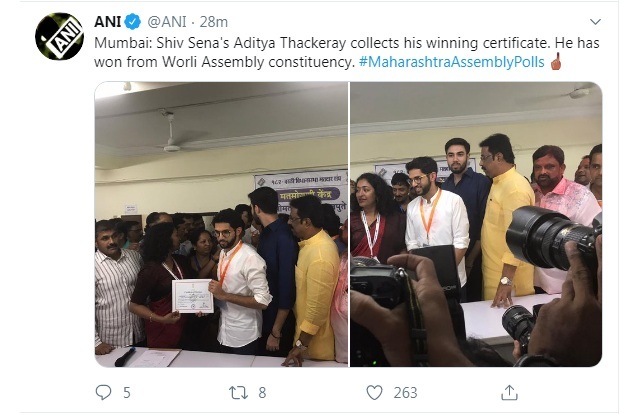 The BJP- Shiv Sena alliance has won seven seats in total, as per official Election Commission data. One independent has also won and one seat was won by the NCP.

Pankaja Munde: Another prominent BJP face Pankaja Munde is also trailing in Parli against her cousin Dhananjay Munde from the NCP.

Nagpur South-West: CM Devendra Fadnavis is leading in the constituency by over 11,800 votes. 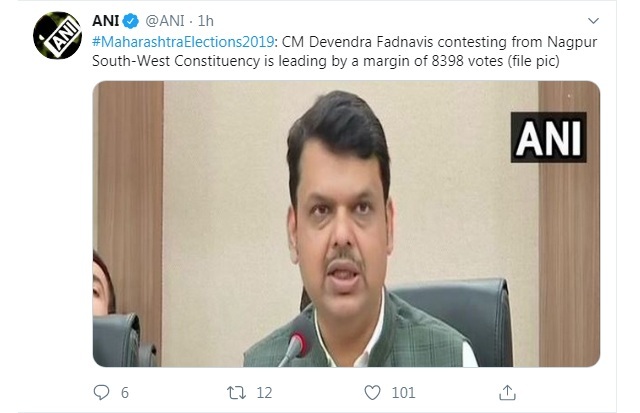 Worli: Aaditya Thackeray is leading by over 11,800 votes.

Kankavli: Nitesh Rane is leading in the constituency by over 8,900 votes.

Kothrud: BJP state President Chandrakant Patil is leading in the seat by 11,300 votes.

Baramati: Ajit Pawar is leading from the NCP stronghold by over 85,000 votes.

Shiv Sena's Aaditya Thackeray, president of the Yuva Sena, is set to create history by becoming the first member of Shiv Sena's founding family to contest and win an election. Thackeray's entry into the political scene re-defines the image of Shiv Sena leaders, who were earlier referred to as ringmasters. The youngest of Thackerays is contesting against NCP's Suresh Mane in Worli. 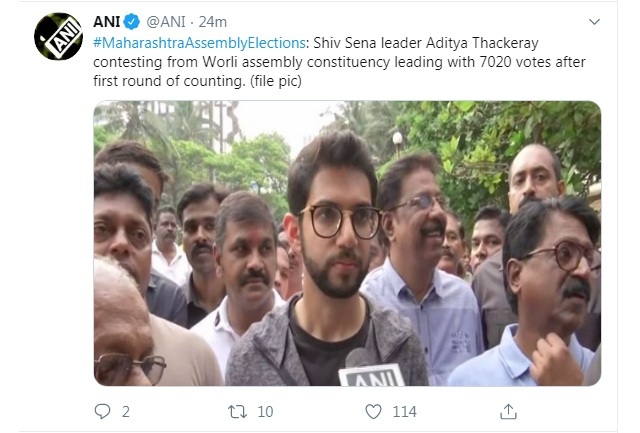 Maharashtra BJP state unit president Chandrakantdada Patil is leading from Kothrud. This is Patil's first assembly election. He had earlier served as a cabinet minister in July 2016.

Pankaja Munde, who was initially shown to be leading, is now trailing behind Dhananjay Munde in Parli. Pankaja  is the daughter of late BJP leader Gopinath Munde. She is contesting against her cousin Dhananjay Munde.

The initial trends show Pankaja Munde ahead of her cousin Dhananjay Munde from Parli constituency.

Maharashtra CM Devendra Fadnavis is leading from Nagpur South West. The exit polls predict a huge win for Fadnavis from the constituency.

Highlights- Key Candidates @ 8:15 AM: Ajit Pawar is leading from Baramati

Ajit Pawar is leading from Baramati, as it was predicted. Ajit Pawar has established a 6595  vote lead over BJP's Gopichand Padalkar in Baramati.

Highlights - Key Candidates @ 8:00 AM: Counting begins for 288 seats in the Maharashtra state assembly.

The sons of late Maharashtra CM Vilasrao Deshmukh- Amit Deshmukh and Dheeraj Deshmukh are also expected to put up a tough fight for the Congress from Latur City and Latur rural constituencies.

Highlights- Key Candidates @ 6:50 AM: Can these Congress candidates secure their victory?

Nitesh Rane, a Congress turncoat is another key candidate to look out for. He is the son of former Maharashtra CM Narayan Rane. He is currently contesting from Kankavali on BJP ticket.

Aaditya Thackeray is Shiv Sena Chief Uddhav Thackeray’s son. He has created history by becoming the first from his family to contest elections ever since the party’s founding. The exit polls predict a huge win for him from Worli constituency.