Ambati Rayudu said that he has enough cricket left in him and his decision to retire was taken in haste. 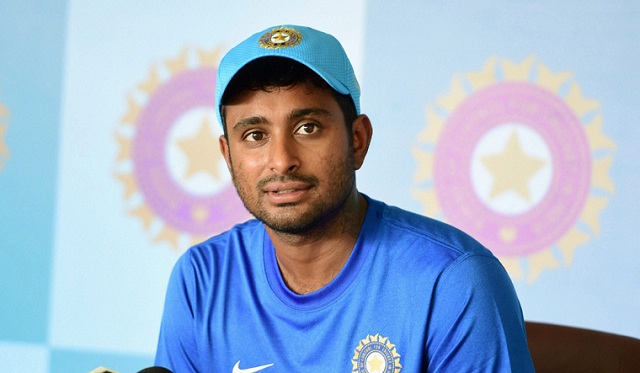 Ambati Rayudu, in his letter, also thanked his IPL franchise Chennai Super Kings (CSK), veteran batsman VVS Laxman and Noel David for being supportive during the tough time and playing a key role in making him realize that he has enough cricket left in him. Rayudu admitted that the decision to retire was taken in an emotional state and in haste. 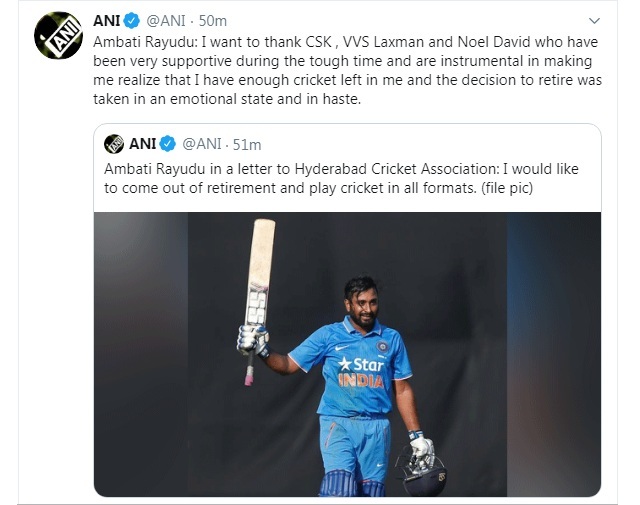 Following Rayudu’s email, the HCA's CoA sent out an email saying, "This is to inform you that Rayudu has withdrawn his announcement of retirement and has made himself available for the shorter format of the game for HCA for 2019-20."

Ambati Rayudu had announced his decision to retire from all forms of cricket on July 3, 2019. Rayudu announced his retirement after the Indian national team selectors did not pick him for the world cup squad.

Ambati Rayudu was noticeably left out from the 15-member India squad for the ICC World Cup 2019. He had tweeted then saying, "Just ordered a new set of 3D glasses to watch the World Cup."

Though Rayudu was later named as one of the five stand-bys for the World Cup, his name was ignored twice after the Indian selectors chose to call Rishabh Pant and Mayank Agarwal over him as replacements for injured Shikhar Dhawan and Vijay Shankar respectively.

Ambati Rayudu was trolled hard by the Twitteratti for the repeated snubs by the Indian team management. The most hilarious one was by Iceland Cricket, which in an unusual offer, invited Ambati Rayudu to take permanent residency in their country so that he can play for them.