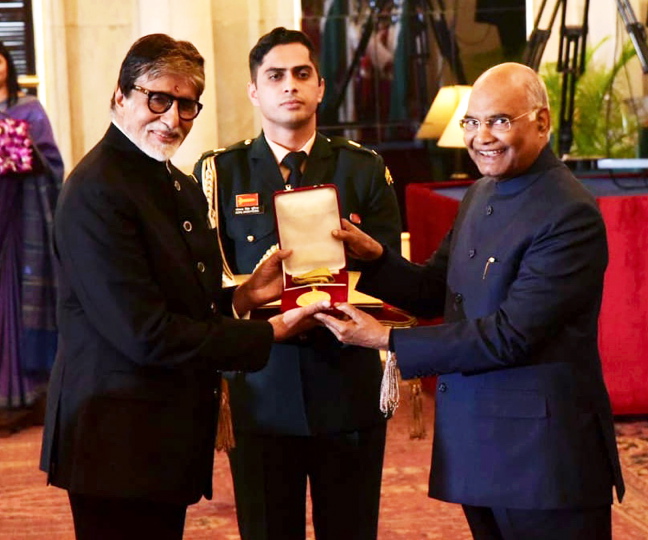 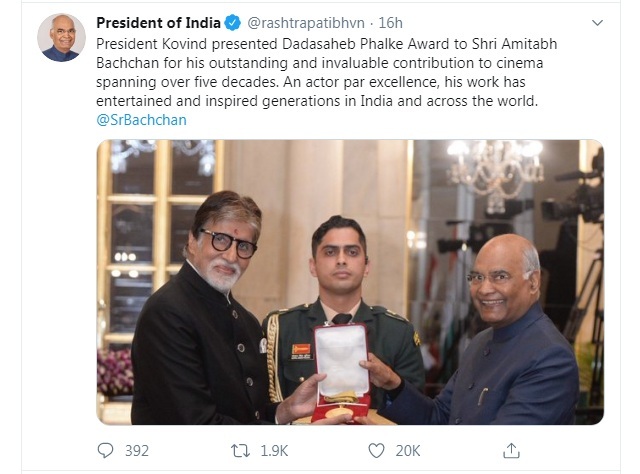 The legendary actor shared a touching note in his blog following the conferral ceremony, in which he expressed pride for the recognition. He also posted a series of pictures from the ceremony,  including pictures of his wife Jaya Bachchan  and son Abhishek Bachchan seated in the audience. 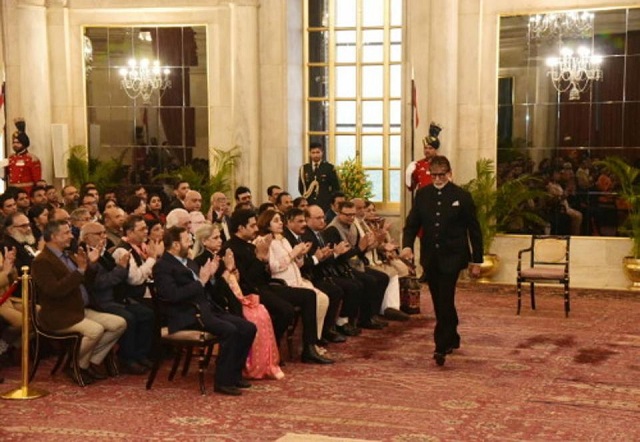 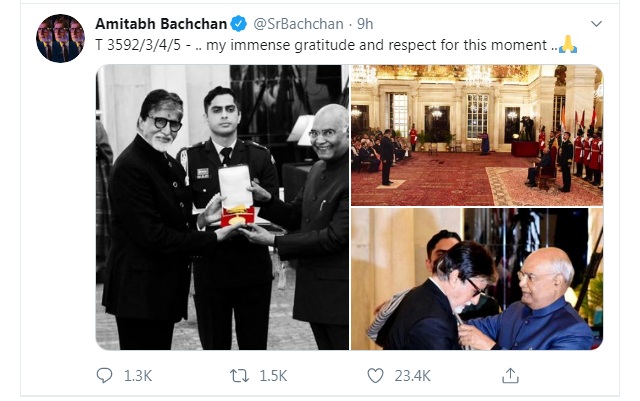 Abhishek Bachchan also posted a a picture on his Instagram featuring Amitabh Bachchan and Jaya Bachchan. 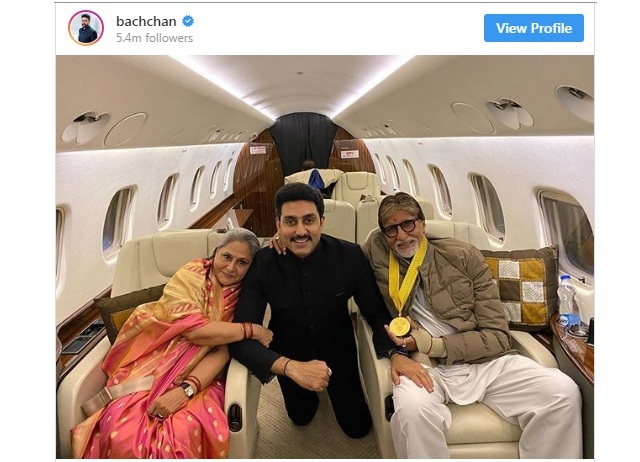 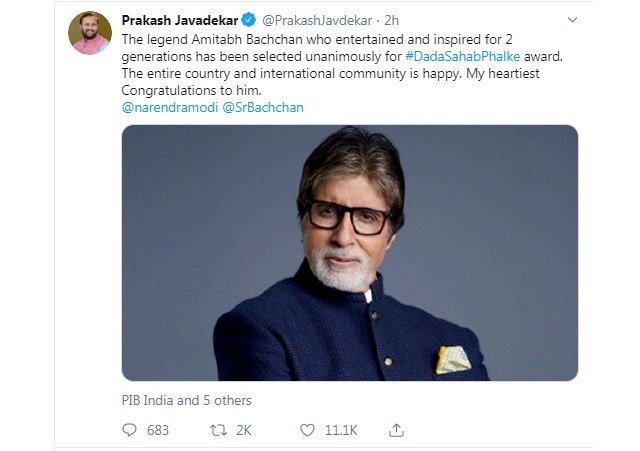 Following the Union Minister's tweet, warm wishes and congratulatory messages poured in for the acting legend from all corners of the film fraternity including from  the  likes of Karan Johar, Anil Kapoor, Asha Bhosle and southern superstars Rajinikanth and Nagarjuna. 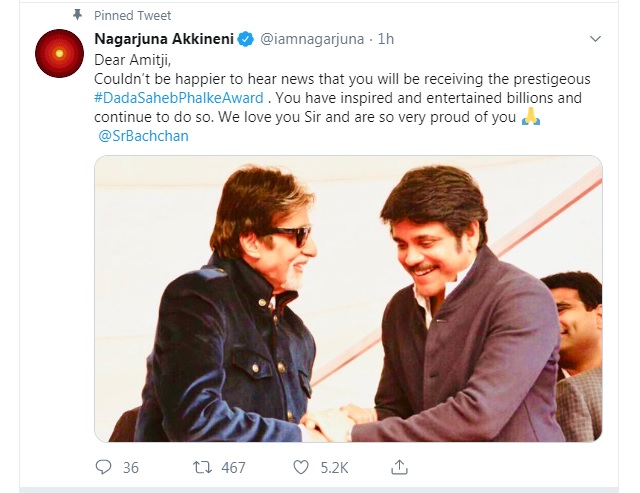 Amitabh Bachchan has received several prestigious awards to honour his illustrious career including four national awards for best actor and many other international awards.

Amitabh Bachchan also received the highest French civilian honour,  Knight of the Legion of Honour, in 2007.

The Dadasaheb Phalke Award is the highest film honour in India. It is conferred annually by the Directorate of Film Festivals, under the Union Ministry of Information and Broadcasting.

The award honours the selected individual for their "outstanding contribution to the growth and development of Indian cinema."

The recipient of the prestigious honour is selected by a committee consisting of eminent film industry personalities. The award comprises a 'swarna kamal' medallion, a shawl and a cash prize worth Rs 1,000,000.