Arvind Krishna becomes new CEO of IBM, Know all about him

Arvind Krishna was named as IBM CEO in January 2020. He will take over the responsibilities as CEO from April 6. 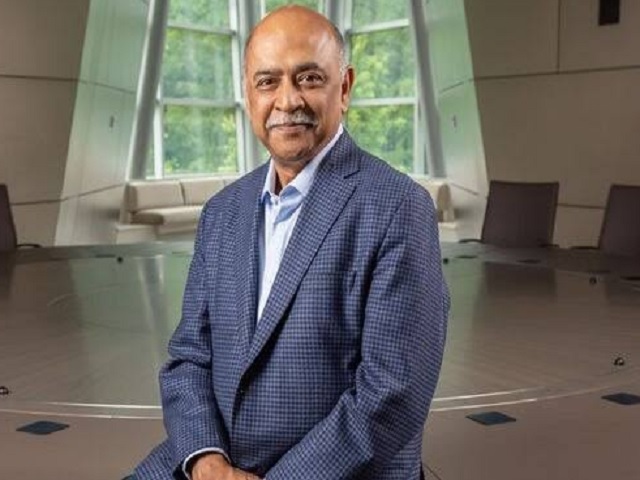 Arvind Krishna currently leads IBM’s business unit that helps the organization in the cloud and data platform. It is a platform where the company’s clients build the future. Arvind Krishna will be responsible for IBM’s security, IBM Research wing, Cognitive Applications, and IBM Cloud. 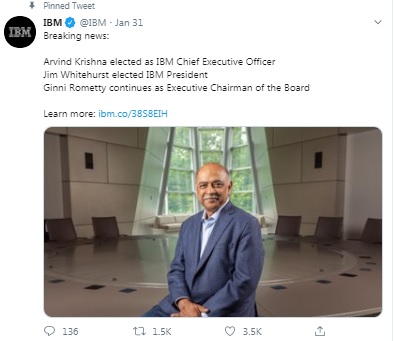 • Arvind Krishna was named as CEO in January 2020. He will take over the responsibilities of the CEO from April 6.
• Arvind Krishna, who studied at IIT Kanpur, joined IBM Company in 1990. He was a senior vice president at IBM's Cloud and Cognitive Software.
• Arvind Krishna completed his Ph.D. in Electrical and Computer Engineering from the University of Illinois, Urban Champagne.
• Earlier, he studied Bachelor in Engineering in Electrical Engineering from Stains Higher Secondary School, Coonoor, and Indian Institute of Technology Kanpur Uttar Pradesh India (1980 to 1985).
• He played a major role in Red Hat’s acquisition by IBM for USD 34 billion in 2018.

IBM is a US-based multinational IT company. It is considered as one of the biggest tech giants in the world. The company was founded in the year 1911 in New York. It produces, sells and promotes computer software, hardware and provides IT-related consulting services. Initially, it was known as ‘Computing Tabulating Recording’ but later, in 1924, it was renamed as International Business Machine (IBM).