The state government of Assam has launched a new Tourism policy- 'Tourism Policy of Assam 2017' with the aim of increasing tourist inflow in the state two to three folds within the next five years. 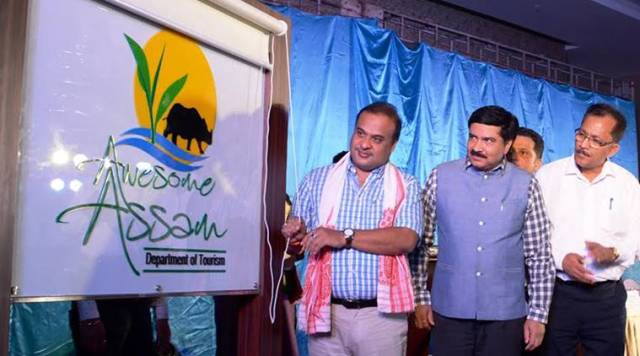 The state government of Assam on 19 October 2017 launched a new Tourism policy- 'Tourism Policy of Assam 2017' with the aim of increasing tourist inflow in the state two to three folds within the next five years.

While releasing the policy, the Assam Tourism Minister, Himanta Biswa Sarma said that Tourism shall be accorded industry status in the state and all facilities and incentives applicable to industries shall be made available to Tourism industry also.

The new policy will be effective starting January 2018 till December 2022.

• The policy paper is aimed at creating a policy framework to move tourism into a major economic sector of Assam, increasing the inflow of tourists' by at least two to three folds in the next five years.

• Its main focus is to make Assam a film making destination by offering a range of incentives to movie producers to come and shoot in the state.

• It will also encourage the private sector to pro-actively participate and invest in tourist places in the tourism sector.

• A special incentive will be offered as additional 10 per cent capital grant up to Rs 25 lakh for investment in remote/potential tourist destination of Assam.

• It also offers a range of financial benefits for constructing approach roads and installing renewable energy sources at tourist units.

• A cash grant of 25 per cent or Rs 1 Cr, whichever is less, of expenditure in Assam will be offered as reimbursement to Hindi, English and foreign language cinema makers, who have produced a minimum of five feature films.

• The state would be giving an additional 10 per cent grant if the film's storyline is based on Assam's culture, tourism and heritage.

• Besides this, it will provide another 10 per cent rebate if more than 50 per cent of the film shooting is done in the state.

• The producers, who have produced a minimum of 10 films in Hindi, English or foreign languages, would be provided with free accommodation and transport for their important casts during the period of their stay in the state for the shoots.

The policy also offers a host of other subsidies, including 50 per cent reimbursement of net state GST paid for 10 years by a new tourism unit that will start commercial operations by December 2022, subject to maximum of 100 per cent fixed capital investment.

Besides, a subsidy of 25 per cent of cost payable for connecting power line to the eligible tourism units with a ceiling of Rs 10 lakh will also be provided.