Indian tennis star Yuki Bhambri has broken back into the top-100 of ATP men’s singles ranking for the first time since February 2016. As per the latest rankings, he jumped 22 places to his career-best rank of 83. 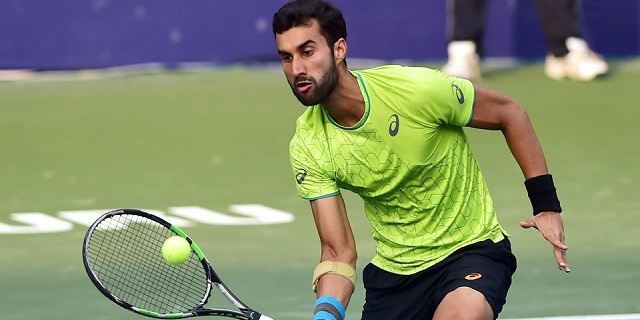 Indian tennis star Yuki Bhambri on April 16, 2018 broke back into the top-100 of ATP men’s singles ranking for the first time since February 2016.

As per the latest ranking, he jumped 22 places to his career-best rank of 83. This is also the best rank that any Indian has achieved in the ATP singles chart since Somdev Devvarman touched a career-high of 62 in July 2011.

• Bhambri’s sudden jump in rankings follows his title win at the Santaizi ATP Challenger that was held recently in Taipei City, Taiwan.

• If the 25-year-old would be able to maintain his top-hundred rank then, it would allow him direct entry into the Grand Slams and the ATP 1000 series Masters event.

• In the ATP men’s doubles ranking, India’s Divij Sharan improved his career-best rank by moving up one position to 41.

• Leander Paes, who recently became the most successful doubles player in the history of Davis Cup, lost 4 places to be at the 49th rank.

• Currently, the top-ranked Indian in the doubles chart is Rohan Bopanna who stands at number 19.

• In the WTA women’s singles ranking,  Ankita Raina improved on her career-best rank by jumping three places to 194 while Karman Kaur Thandi lost a place to 268.

• In the women’s doubles ranking, the rank of out-of -action Sania Mirza remained unchanged at 24.

Yuki Bhambri first broke into the top-100 of singles’ ranking list late in 2015 but his injuries did not allow him to climb further.

However, the tennis star’s recent form and win over some of the world’s top-ranked players including world number 12 Lucas Pouille (Indian Wells, March 2018) and world number 22 Gael Monfils (Washington, August 2017) prove that he could go even further up the rankings list.