B S Yeddyurappa has became Chief Minister of Karnataka for fourth time. Last time he served the office as Karnataka CM just for two and half days. 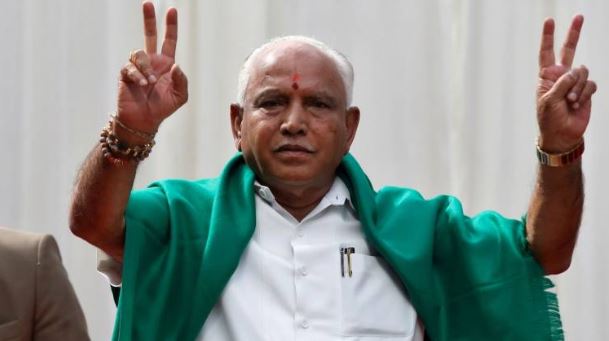 Karnataka Chief Minister BS Yeddyurappa won the floor test in assembly today moved by voice vote. Speaker KR Ramesh declared that on request for division of votes by the opposition parties Yeddyurappa has proved his majority in the house. Soon after this announcement, assembly speaker KR Ramesh has also resigned. Karnataka Chief Minister BS Yeddyurappa won floor test with all 105 party MLAs voting for him.

•    BS Yedduyurappa was born on 27 February 1943 in Mandya district. He joined Rashtriya Swayamsevak Sangh from his college days. In 1988, he became the State President of the BJP in Karnataka.
•    In his political career, he was first elected to the lower house of the Karnataka Legislature in 1983 and then represented the Shikaripura constituency six times.
•    Yedduyurappa became Chief Minister of Karnataka in 2007 for the first time. It was also first time for BJP making government in the state. But he had to resign within few days when JD(S) refused to support.
•    In 2008, Yedduyurappa once again took the oath of office and Chief Minister for second time.
•    In year 2011 he resigned from the CM post when some corruption charges were indicated. He formed his own party named Karnataka Janata Paksha (KJP).
•    Later in 2014 he merged his party with the BJP. In 2018 legislative elections, he emerged as CM face and sworn-in for third time as Karnataka Chief Minister.
•    As per the Supreme Court’s order he has to prove majority in a floor test. Before the trust vote was to begin, BS Yedduyurappa resigned citing that he will be unable to prove majority.
•    With that resignation Yedduyurappa had became one of the shortest serving chief minister in India with just two and half days in office.