Sacked CBI Chief, Alok Verma has announced his resignation from service. The move comes a day after a high-powered selection committee headed by Prime Minister Narendra Modi removed him from the post. 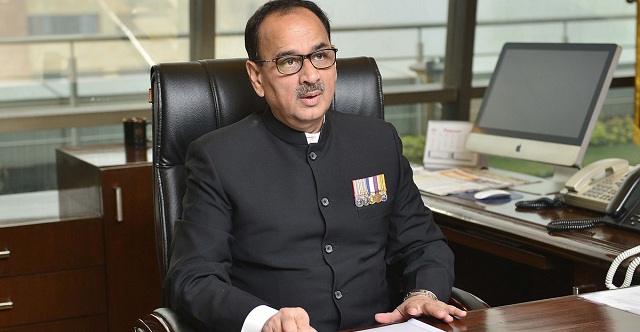 The sacked CBI Chief, Alok Verma on January 11, 2019 announced his resignation from service, refusing to take charge of the new role as DG, Fire Services. The move comes a day after a high-powered selection committee headed by Prime Minister Narendra Modi removed him from the post of CBI Director in a 2:1 vote, less than 48 hours after he was reinstated to the position by the Supreme Court after he was sent on forced leave by the government.

The selection panel removed Verma from the post over charges of corruption and doubtful integrity as per the findings of the Central Vigilance Commission. There were eight counts of charges against him in the CVC report presented before the Committee. This makes him the first chief in the history of CBI to be ousted from the post.

Besides the Prime Minister, the high-level committee comprised Chief Justice of India’s nominee Justice AK Sikri and the leader of the opposition, Mallikarjun Kharge. While the PM and Justice Sikri held that the CVC report had provided sufficient grounds for Verma’s removal, including evidence to initiate a criminal investigation, opposition leader Mallikarjun Kharge dissented on the decision, saying that the committee should not arrive at a conclusion without hearing Verma's side.

Based on the panel’s recommendation, the PM-headed Appointments Committee of the Cabinet immediately issued orders to transfer Verma as Director General Fire services, civil defence and home guards for the remainder of his term, which ends on January 31, 2019.

Further, the ACC appointed M Nageswara Rao, CBI Additional Director to look after the duties of the CBI Director until the appointment of a new director.

What prompted the overnight decision against Alok Verma?: CJI to Solicitor-General Tushar Mehta

Chief Justice Ranjan Gogoi had on December 6, 2018 asked the Central Vigilance Commission (CVC), represented by Solicitor-General Tushar Mehta, that what prompted it to take an “overnight” decision to divest Alok Verma of his powers as CBI Director without consulting the Selection Committee.

The apex court ruled that the factors that prompted the CVC to take the decision on CBI Director Alok Verma did not happen overnight. It further said, “If you had tolerated them since July, then what the reason for this immediate action suddenly without which the institution would have crumbled and fallen?”

KK Venugopal, representing the Central Government, had told the judges that extraordinary circumstances led to the decision, since the two CBI officers Alok Verma and Rakesh Asthana had been fighting like "cats" since July 2018.

On behalf of the Central Vigilance Commission (CVC), Tushar Mehta argued that CBI director Verma was an Indian Police Service officer and the conduct rules for All-India Service officers applied to him as well. Every all-India service officer is covered by the CVC Act, 2003.

He based his argument on the 1997 Jain Hawala case judgement in Vineet Narain vs Union of India case.

He said that before 1997 judgement, either under the Police Act, 1861 or under the DSPE Act, 1946, the CBI director was subject to the IPS rules. Even in the 1997 judgment, it is nowhere said that the IPS rules would not apply to him and only a minimum tenure of two years is guaranteed.

Mehta defended the action against Verma and Asthana correct as the two officers were raiding and investigating each other, instead of investigating serious cases.

Mehta reiterated that Verma was not transferred but only sent on leave signifying the act to be a temporary arrangement in nature.

Alok Verma's counsel Fali Nariman argued that the government's order of stripping Verma of charges has no basis, that the CBI director can be removed only with the approval of the Selection Committee.

Who filed the petition?

The bench of CJI Ranjan Gogoi, Justice S K Kaul and Justice K M Joseph was hearing the petition filed by CBI Director Alok Verma and PIL filed by NGO Common Cause against the orders of CVC and Central Government divesting Verma of the powers of CBI Director and giving the charge of CBI to M. Nageshwara Rao.

After a spell of internal strife in the CBI, the CVC and Central Government divested CBI Director Alok Verma and Special Director Rakesh Asthana from their roles and asked them to go on leave. Verma and Asthana accused each other of taking bribe and blocking investigation of several important cases.

Asthana, a 1984 batch Indian Police Service officer of Gujarat cadre, is alleged to have demanded a bribe of Rs 5 crore and accepting Rs 2 crore from a Hyderabad-based businessman Sathish Babu Sana through two middlemen Manoj Prasad and Somesh Prasad to help Sana get clear of his charges in the Moin Qureshi case. The case was being examined by a Special Investigation Team (SIT) headed by Asthana.

On the other hand, CBI chief Verma also alleged corruption charges on Asthana with regard to the Sterling Biotech case.

However, Asthana hit back by writing to the Cabinet Secretary saying that Verma received Rs 2 crore bribe in the Moin Qureshi case and had tried to stop a raid on Lalu Prasad in the IRCTC case, alleging corruption on Verma’s part.