The McCain Institute for International Leadership at Arizona State University’s Award for Courage and Leadership is presented each year to honor an individual who has stood unwaveringly for fundamental values and has inspired the world through acts of selfless courage. 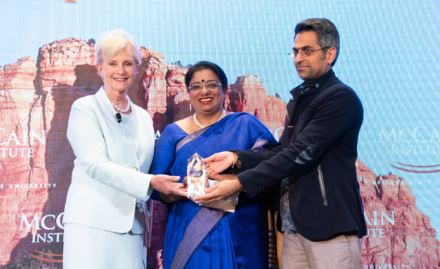 Describing her profile, McCain writes that she has protected human rights throughout his career. During investigation of various sensitive criminal cases and protecting human rights she was leading various teams in 19 years. Her approach is always a victim-centric through her numerous investigations of serious crimes, particularly against women and children.

•    Her stellar contribution, however, has been leading the investigation of the infamous Nirbhaya gang-rape and murder case of December 2012 in New Delhi.
•    As the head of the special investigation team, she closely supervised all aspects of investigation of this blind case by actively taking charge of the situation – making quick decisions, giving directions, assimilating information and guiding with succinct inputs – all the while coordinating efforts of various teams.
•    During the six grueling days of the manhunt across five Indian States, Sharma stood as a shield for her team of officers and men, insulating them from mounting media and civil society pressures, which led to quick apprehension of the perpetrators of that ghastly crime.
•    As the lead investigator, Sharma kept the focus on meticulous documentation and collection of scientific evidence including use of forensic techniques like analysis for bite marks as evidence, hitherto unexplored in India.
•    Scientific evidence was collated, stitched into the charge-sheet and filed in a record 18 days, which withstood various stages of judicial scrutiny all the way up to the Indian Supreme Court, the highest appellate authority, resulting in conviction with maximum punishment.

•    Being a DIG (Investigation) at NHRC since 2015, Sharma has been instrumental in bringing the voices of the victims of human rights’ violations for effective redressal by the National Commission.
•    She has guided a lean but effective unit of officers who directly meet the victims during spot enquiries.
•    Her tenure with NHRC has allowed her to have pan-India outreach and deal with subjects including public health, food security, right to education, good governance and LGBTQ rights.
•    Sharma’s work has received a number of appreciations and accolades throughout her career including two Special Duty Medals for her services in remote and insurgency affected areas in North East India in 2004 and 2015 and the prestigious President’s Police Medal for Meritorious Service in 2015.

Story 2: In a first women only cricket magazine Criczone launched 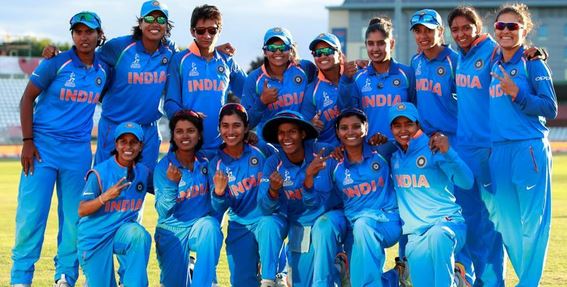 Women's T20 Challenge 2019 was the second season of the Women's T20 Challenge. It is a Twenty-20 cricket tournament established by the Board of Control for Cricket in India (BCCI) in 2018. Unlike previous year, this year it was a three team tournament instead of a one-off match, featuring a new team called IPL Velocity. It was held from 6 to 11 May 2019 at the Sawai Mansingh Stadium, Jaipur, coinciding with the 2019 IPL's playoffs. Team Supernovas won by 4 wickets while Team Velocity came second.