Children’s Day 2019: Google dedicates a doodle, Know all about it

Google organized a doodle competition among children with the theme - 'When I grow up, I hope …'. to celebrate Children's Day 2019. 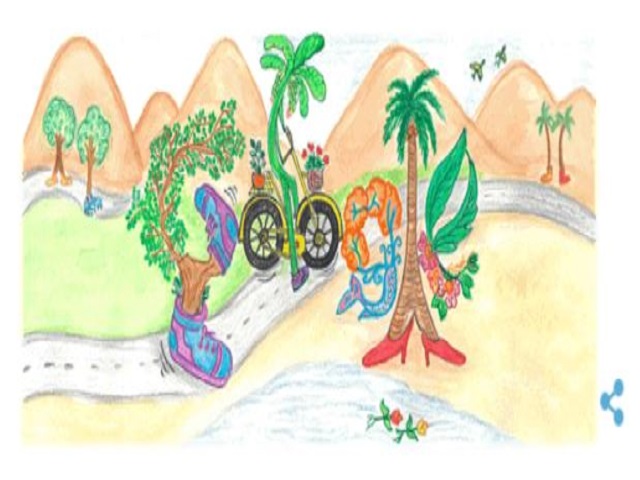 Children’s Day 2019: Today is the birth anniversary of Pandit Jawaharlal Nehru, the former Prime Minister of the country and this day is celebrated as Children's Day every year. Google has dedicated an attractive colourful doodle on Children’s Day 2019 to celebrate the day on 14 November 2019.

Google has organized a doodle competition among children with the theme - 'When I grow up, I hope …'. Divyanshi Singhal of Gurugram was declared National Winner of the competition. Google has written on its platform that 1.1 lakh children from class 1 to 10 submitted their response for the day.

The birthday of India’s first Prime Minister Pandit Jawaharlal Nehru (November 14) is celebrated as Children's Day. This day is celebrated as Bal Diwas because he loved children very much and children used to call him as Chacha Nehru. Children's Day is a national festival of India dedicated to children. Earlier, (before 1956) it was used to celebrate on November 20. The United Nations announced in 1954 that the day would be marked as Universal Children's Day. However, after the death of India's first Prime Minister Jawaharlal Nehru in 1964, a resolution was unanimously passed in Parliament declaring 14 November as National Children's Day.

About Pt. Jawahar Lal Nehru
• Jawaharlal Nehru was born on 14 November 1889 in Allahabad.
• Most of Jawaharlal Nehru's education was done at his home by the age of 16. Later, he went to England for further studies.
• Jawaharlal Nehru married Kamla Nehru in 1916. Indira Priyadarshini was born in 1917, who later became the first woman Prime Minister of the country.
• Pandit Nehru was jailed for the first time in 1929 in the freedom movement.
• Pandit Jawaharlal Nehru was also a good writer. He has also written several books in English, including ‘Discovery of India’ and ‘Glimpses of World History’.