Indira Gandhi International Airport climbed up from the 22nd to the 16th position as the busiest airport in the world this year. 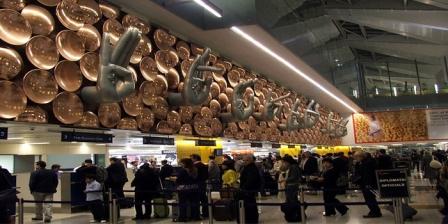 Delhi’s Indira Gandhi International (IGI) Airport entered the club of the top 20 airports across the world, as per the Airport Council International’s preliminary report on airport traffic for 2017, published on April 9, 2018.

While, New York’s John F. Kennedy International Airport was pushed out of the top 20 club, with the entry of the IGI Airport.

Indira Gandhi International Airport climbed up from the 22nd to the 16th position as the busiest airport in the world this year. The airport was ranked as India's busiest airport for passenger traffic, which grew by 14.1 percent year over year.

As per the report, the IGI Airport was also the fastest-growing airport among those in the top 20 club, with traffic increasing at the rate of 14.1 percent, followed by China’s Guangzhou Airport (10.3 percent) and Indonesia’s Jakarta Airport (8.3 percent).

Apart from IGI Airport, the airports of Kolkata, Hyderabad, Bengaluru and Chennai were also ranked among the fastest growing airports in the world with a year on year growth of 26.9 percent, 19.6 percent, 12.9 percent and 10.5 percent, respectively, in 2017.

• Atlanta Airport was ranked as the world’s busiest airport, however, it was the only one among the top 20 to report a decline in passenger traffic.